5 things that made our first ever California conference pretty amazing 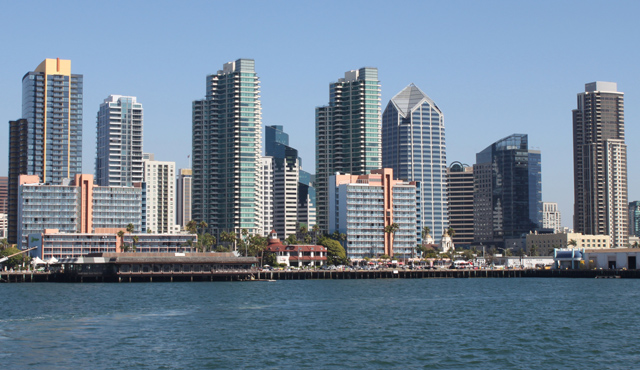 After 20 years of doing Dare 2 Share conferences across America we finally brought one to California. We’ve always heard that it was tough filling events in SoCal but we sensed it was God’s timing. By his grace, we put our stake in the earthquake-prone ground of Southern California last weekend, specifically in San Diego.

And it was awesome!

Here are 5 things that made our first ever California conference pretty sweet:

During the youth leaders’ session I usually get a strong sense of where the leaders are at when it comes to their desire and will to lead THE Cause of Christ in their communities. These particular youth leaders were ready to get in the grit and fight for this next generation. They had what I refer to as “High Will and Raw Skill” and there was a lot of that in the room we were meeting in on Saturday.

Youth leaders were taking notes, sharing insights and making plans to transform their communities for Christ…one teenager at a time. One youth leader who had been in youth ministry for 15 years told me that, although he wasn’t a big fan of student conferences, he had never been to such a gospel advancing event before. He told me he was all in to take the movement back to his community.

I knew then I was in the midst of a band of like-minded band of brothers and sisters. I didn’t meet one youth leader who thought they were too cool for school when it came to evangelism. They all seemed ready to roll up their sleeves and lead their teenagers to take the good news of Jesus to their schools in a strategic, relational and effective way.

At first the teenagers at the event were kind of checking us out. After our big opener on Friday night they were just kind of looking at us, trying to figure us out. But as the night went on it all clicked and they were all in. By Saturday night they were worshipping at the top of their lungs and thanking God for all that he had done in them and through them that weekend.

It was such a blessing to hear teenager after teenager share story after story of reaching out to friends and strangers with the good news of Jesus. There was such a buzz in the room when they came back from their outreach experience it was palpable.

After traveling to back to back cities were snow was on the ground and cold was in the air it was great to go to a city where the sun was shining and the birds were chirping. San Diego is a beautiful city and many of our staff had a great time sampling fish tacos and walking on the beach the day before the conference began.

Me? I tried a peanut butter and jelly hamburger…seriously!

The church that hosted us was The Rock in San Diego and it was great…great auditorium, great staff and great pastor (Miles McPherson.) Their team and ours all worked together like an army of ants to set up, execute and clean up. We were out of there before 10 pm on Saturday night because their team and our amazing volunteer staff were on it like sushi on a plate (Okay, I was struggling for a San Diego type analogy there and may have missed it, but you get the point.)

I was so grateful for Nate Landis and the crew at Urban Youth Collaborative as well as the guys at National Network of Youth Ministries being a part of helping to spread the word about Dare 2 Share in San Diego. It’s such an honor to work with others who are passionate about advancing the gospel message and mission in and through the next generation.

All in all it was a great weekend and we are looking forward to coming back to San Diego with the “Fearless Tour” next February. Pray with us that the teenagers and youth leaders who were trained and equipped in So Cal this weekend will keep advancing THE Cause of Christ all across the Southwest between now and then.

Thanks SoCal! We were thrilled to serve you this weekend!