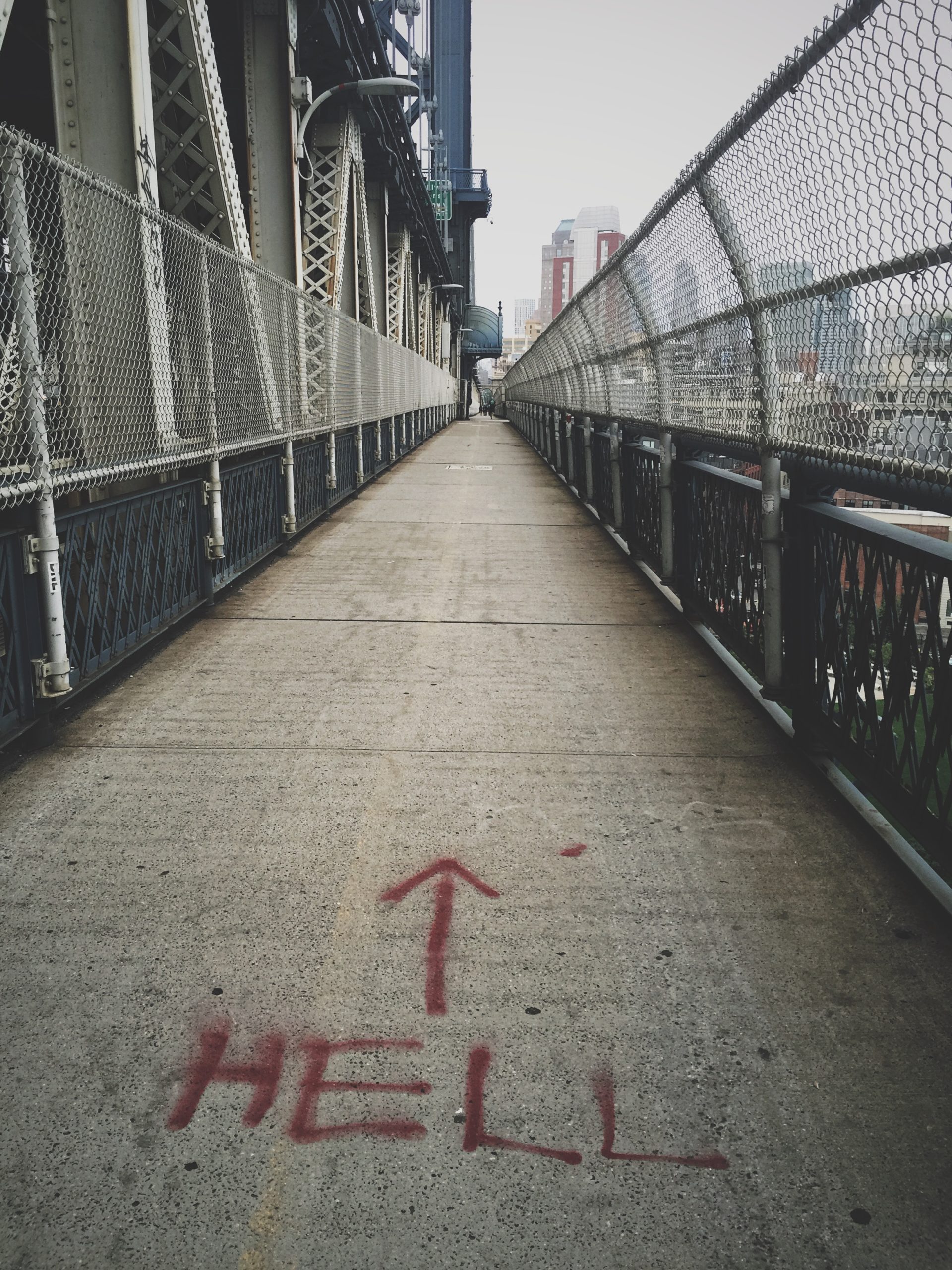 I’ll never forget when a teenage girl came up to me after a Dare 2 Share conference and asked me two hard questions:

The first question was this, “Do you mean to tell me that my friends who don’t know Jesus will die and spend an eternity in hell forever?“

This earnest high school girl approached me after a drama we did that dealt head on with the subject of hell. After the drama I challenged the teenagers in the auditorium with the urgency of sharing the Gospel with their friends.

When it was all over and the crowd started leaving, this very somber teenager asked me her hard, but heartfelt, question. Over the next few minutes I shared with her a few verses like 2 Thessalonians 1:7-9 where Paul wrote bluntly on the subject,

“…when the Lord Jesus appears from heaven. He will come with his mighty angels, in flaming fire, bringing judgment on those who don’t know God and on those who refuse to obey the Good News of our Lord Jesus. They will be punished with eternal destruction, forever separated from the Lord and from his glorious power.“ 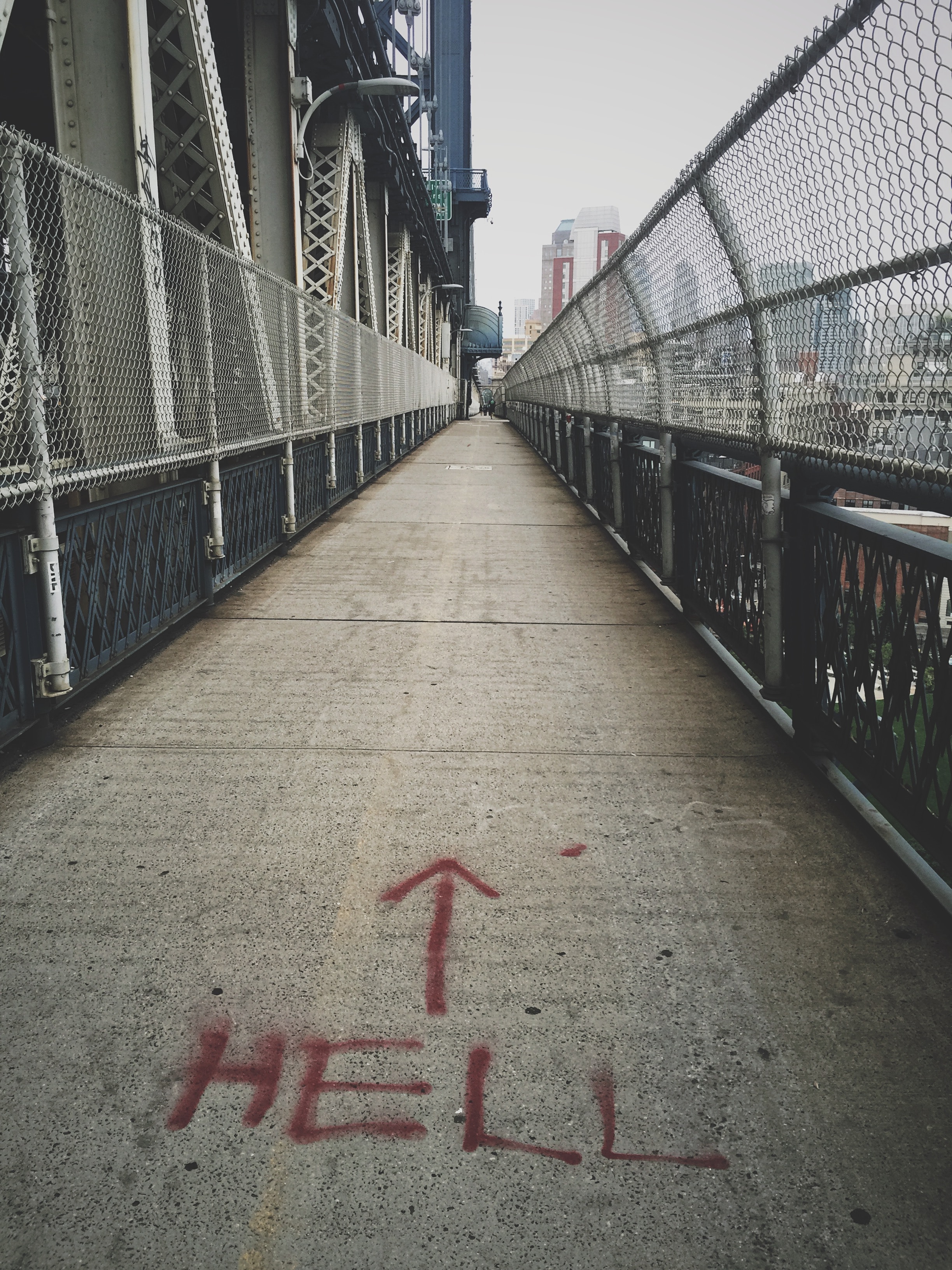 She was stunned by the Biblical rawness of the theology of hell. She just stood their in shock.

But her second question was even more stunning to me.

I couldn’t answer her question. I had no idea why her youth leader never talked about the subject of hell and the urgency of saving others from its eternal torment.

Maybe this youth leader had a weak theology of hell. Perhaps he didn’t really believe that people who die without Jesus spend a Christless eternity in the Lake of Fire…like Revelation 20:11-15 and many other passages in the Bible say they will.

Maybe this youth leader didn’t want too much “Hellfire and Brimstone” preaching to be crammed down his teenagers throats. But, by and large, Generation Z has not been exposed to the theology of hell.

Go online and take a look at the vast array of youth ministry curriculum made available for youth leaders to use and you’ll see all sorts of subjects. You’ll see subjects that range from building a healthy self-image to conquering anxiety to building strong friendships to strengthening our relationship with God. But you’ll see little on the subject of hell.

Maybe our grandparents or great grandparents had too much “hell fire” preaching. And, yes, there needs to be balance, wisdom and compassion in how we communicate these truths. But this generation needs to know what’s at stake for those who die without Jesus.

Most youth leaders don’t hold back when it comes to talking about Jesus. They talk about him all the time…as well they should! But, one of the primary subjects Jesus talked about was hell. And far too many youth leaders avoid the subject that Jesus refused to avoid.

If you read the Gospels you’ll see that Jesus talked often about the reality of hell. He described it in exacting and terrifying detail. As a matter of fact, he referred to hell more than anyone else in the New Testament!

Of the 12 times “Gehenna” (the Greek word for Hell) is used, 11 are mentioned by Jesus! And no youth leader in his/her right mind would ever accuse Jesus of preaching “too much hellfire and brimstone!”

Take a moment and read the story Jesus told in Luke 16:19-31. See if its vivid descriptions of hell doesn’t trigger some sense of urgency in your heart when it comes to reaching that lost people you know,

“Jesus said, ‘There was a certain rich man who was splendidly clothed in purple and fine linen and who lived each day in luxury. At his gate lay a poor man named Lazarus who was covered with sores. As Lazarus lay there longing for scraps from the rich man’s table, the dogs would come and lick his open sores. Finally, the poor man died and was carried by the angels to sit beside Abraham at the heavenly banquet. The rich man also died and was buried, and he went to the place of the dead. There, in torment, he saw Abraham in the far distance with Lazarus at his side. The rich man shouted, ‘Father Abraham, have some pity! Send Lazarus over here to dip the tip of his finger in water and cool my tongue. I am in anguish in these flames.’ But Abraham said to him, ‘Son, remember that during your lifetime you had everything you wanted, and Lazarus had nothing. So now he is here being comforted, and you are in anguish. And besides, there is a great chasm separating us. No one can cross over to you from here, and no one can cross over to us from there.’ Then the rich man said, ‘Please, Father Abraham, at least send him to my father’s home. For I have five brothers, and I want him to warn them so they don’t end up in this place of torment.’ But Abraham said, ‘Moses and the prophets have warned them. Your brothers can read what they wrote.’ The rich man replied, ‘No, Father Abraham! But if someone is sent to them from the dead, then they will repent of their sins and turn to God.’ But Abraham said, ‘If they won’t listen to Moses and the prophets, they won’t be persuaded even if someone rises from the dead.’”

You and I and the teenagers we minister to are his rescue team. We are called to “snatch others from the flames and save them” Jude 23.

And, yes, we have many more motivations that just saving them from the flames of hell.

Refuse to try being so relevant that you avoid the subject of hell with the teenagers in your youth group. On the day of the Great White Throne Judgment, when everyone who has ever lived stands to give an account of their lives before the Judge of all mankind, only one thing will be relevant then…Will their names be found in the Book of Life? Will they spend an eternity in heaven or hell?

Unpack the truth of hell with your teenagers. Talk about the fire of hell (Matthew 18:8-9), the fury of hell (Revelation 14:10,11) and the finality of hell (Luke 19:25-28). Use this simple three point outline and conclude with a direct challenge to them to rescue their friends before it’s too late.

If they don’t know how to share the Gospel they can download the easy-to-use and completely free Life in 6 Words app.

Talking about hell is not a scare tactic. It’s showing love at it’s most elemental form. It’s saving a generation from the wrath of God and delivering them into the loving arms of Christ, both now and forevermore!

I close with the words of Charles Spurgeon as a stark reminder of what is at stake, “If sinners be damned, at least let them leap to Hell over our dead bodies. And if they perish, let them perish with our arms wrapped about their knees, imploring them to stay. If Hell must be filled, let it be filled in the teeth of our exertions, and let not one go unwarned and unprayed for.”

May a teenager in your youth group never ask you, “Why have you never talked to us about the reality of hell?“