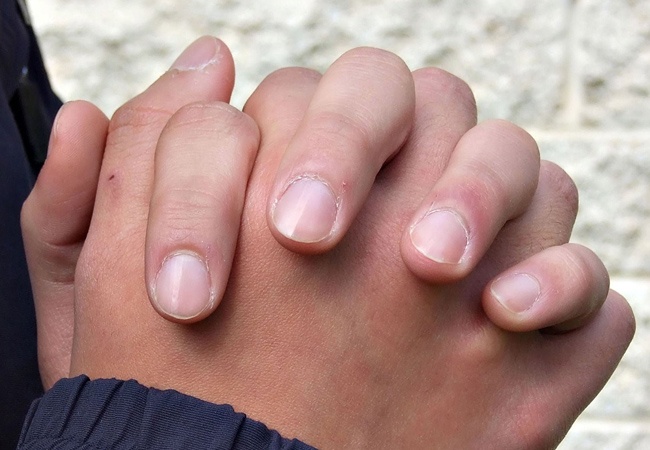 Someone once said, “Prayer changes nothing!” Of course this was a shock-value declaration that drove to a deeper point. What was it? The only thing that prayer changes is us!

1. Moses prayed like it would actually change God’s mind (and it did!)

“Then Moses entreated the Lord his God, and said, ‘O Lord, why does Your anger burn against Your people whom You have brought out from the land of Egypt with great power and with a mighty hand? Why should the Egyptians speak, saying, ‘With evil intent He brought them out to kill them in the mountains and to destroy them from the face of the earth’? Turn from Your burning anger and change Your mind about doing harm to Your people. Remember Abraham, Isaac, and Israel, Your servants to whom You swore by Yourself, and said to them, ‘I will multiply your descendants as the stars of the heavens, and all this land of which I have spoken I will give to your descendants, and they shall inherit it forever.’ So the Lord changed His mind about the harm which He said He would do to His people.” Exodus 32:11-14

2. Joshua prayed like it would stop the sun from going down (and it did!)

“On the day the Lord gave the Amorites over to Israel, Joshua said to the Lord in the presence of Israel: ‘Sun, stand still over Gibeon, and you, moon, over the Valley of Aijalon.’ So the sun stood still, and the moon stopped, till the nation avenged itself on its enemies, as it is written in the Book of Jashar. The sun stopped in the middle of the sky and delayed going down about a full day.” Joshua 10:12,13

3. Hannah prayed like it would result in her having a child (and it did!)

The High Priest, Eli, thought she was drunk but, instead, she was filled with a passionate prayer that so intoxicated the heavens it resulted in Samuel being born, “I prayed for this child, and the Lord has granted me what I asked of him.” 1 Samuel 1:27

4. Elijah prayed like it would actually change the situation (and it did!)

“The prayer of a righteous person is powerful and effective. Elijah was a human being, even as we are. He prayed earnestly that it would not rain, and it did not rain on the land for three and a half years. Again he prayed, and the heavens gave rain, and the earth produced its crops.” James 5:16-18

If he had not have prayed the rain would not have stopped and started again. Prayer changed the situation!

5. David prayed like it would stop the plague (and it did!)

“David built an altar to the LORD there and sacrificed burnt offerings and fellowship offerings. Then the LORD answered his prayer in behalf of the land, and the plague on Israel was stopped.” 2 Samuel 24:25

6. Jesus prayed like it would raise Lazarus from the dead (and it did!)

“So they took away the stone. Then Jesus looked up and said, ‘Father, I thank you that you have heard me. I knew that you always hear me, but I said this for the benefit of the people standing here, that they may believe that you sent me.’ When he had said this, Jesus called in a loud voice, ‘Lazarus, come out!’ The dead man came out, his hands and feet wrapped with strips of linen, and a cloth around his face.” John 11:41-44

Jesus was so confident that God would answer the prayer in his heart that the only reason he prayed it out loud was so that others would be encouraged by it.

7. Jesus said that we can pray like it will change situations (and it will!)

Jesus promised us, “And I will do whatever you ask in my name, so that the Father may be glorified in the Son” John 14:13. If our motive is to glorify God then he will give us what we ask for. This means that situations will change and God will be glorified as a result!

Actually this blog could be titled, “100 reasons why I believe prayer changes things” and it would still be too short! From cover to cover prayer is constantly a divinely appointed wrestling match between God and his people to forge and form human events.

To say that the only thing that prayer changes is us is kind of an arrogant statement. It makes prayer a self-help therapy instead of a kingdom advancing force. It implies that God is not sovereign enough to decide that prayer can be used as a vehicle to influence his decisions. Our Father is not an insecure King who must micromanage every detail of every situation. Yes, there are certain things he has decreed but, within the boundaries of his sovereignty, he allows for situations to be influenced significantly by the prayers of his people.

Oh how much we miss when we underestimate the power of God unleashed through our prayers!

By the way, I’d love to have you on our prayer team. Together we can energize a generation to evangelize the world. Click here to join our prayer crew! And believe me when I say, your prayers WILL make a difference!