Robin Williams, suicide and the urgency of evangelism 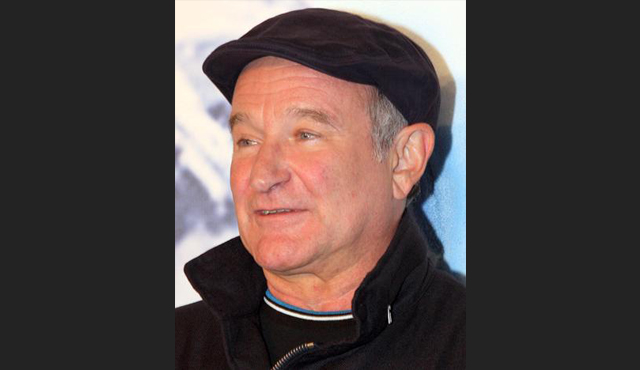 Tonight, while taking my kids to back-to-school night, I got a call from my sister-in-law telling me the tragic news that Robin Williams was dead.

I was shocked and saddened. My entire family was.

From the time he came blasting onto the world stage in the sitcom Mork and Mindy (“Nanu! Nanu!”) you could tell he was something special. From movies like Good Morning Vietnam to Mrs. Doubtfire to Patch Adams to so many more Robin Williams kept the world in stitches. His stand up comedy was unparalleled in it’s frenetic intensity. His stream-of-consciousness humor was so bizzare, so witty, so fast and so spastic we struggled to keep up with every word, phrase and joke.

But the river of talent that flowed through him didn’t stop at humor. Over the years we discovered out that he had serious dramatic chops as well. It started with Dead Poet’s Society and culminated with Goodwill Hunting. We discovered that he could move us to both laughter and tears in equal measure.

But behind all of his immeasurable talent, underneath all of his out-of-control comedy routines there was a cancer of pain eating away at his soul. Tragically, it all broke in the last 24 hours when he ended his life.

Here is a man who had reached the pinnacle of worldly success. In the entertainment industry he was a king among princes. From Emmys to Golden Globes to Academy Awards, he had won them all. Robin Williams had earned his stripes in the industry and climbed the ladder from stand up comic to sitcom star to movie star.

But somewhere along the line he must have come to agree with King Solomon’s conclusion in Ecclesiastes 1:2, “‘Meaningless! Meaningless!’ says the Teacher. ‘Utterly meaningless! Everything is meaningless.'”

Money, awards, recognition, relationships, hobbies, success, prestige and power can not fill the God-shaped hole in any soul. When a person truly realizes this there is only one of two responses: press on in pain or give up to escape it.

When we heard the horrific news of Robin Williams’ death we talked as a family about the plague of suicide and the struggle that many people (Christians included) have with depression. We stopped to pray for his family and friends. We also reminded each other about the urgency of reaching people with the hope that only Jesus Christ can offer.

From neighbors to classmates to co-workers to family members we must look behind their smiling facades and see the pain down deep inside. We must do whatever it takes to reach them with the hope of Jesus Christ before it’s too late.

I will miss your Robin Williams. We all will.