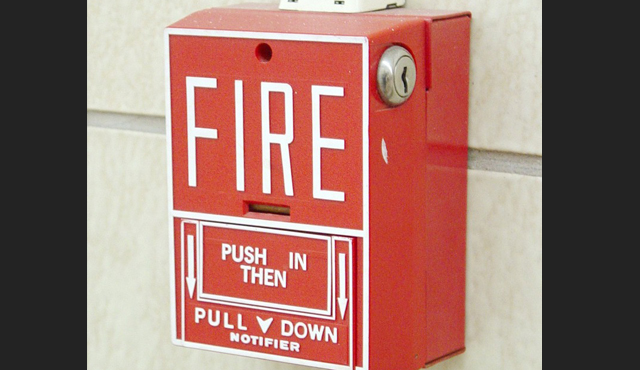 It’s the secret youth leader battle that’s not so secret. All of us know down deep inside that the pot of hormones simmering underneath can turn into a boil in a micro-second. Given the right conditions any of us could fall, not just into lust, but into moral sin with someone we are ministering with or to in our youth groups.

And please don’t tell me you don’t ever struggle with lust. As I’ve Tweeted before, any guy who says he never struggles with lust is either a liar or a eunuch.

From the beginning of time men have struggled with lust. Parts of Genesis sound like the plot of a cheap romance novel filled with lusting hearts, leering eyes and groping hands.

We know the “man after God’s own heart”, King David himself, struggled with lust. He ended up committing adultery with Bathsheba because he saw her bathing and allowed his lust to control his actions afterward. Eventually he even murdered her husband to cover up his crime.

Even the great Apostle Paul struggled with lust from time to time. He admitted as much in 2 Corinthians 11:29, “Who is weak, and I do not feel weak? Who is led into sin, and I do not inwardly burn?”

If two of the key characters in the Old Testament and New Testament could burn with with lust then so could you and I.

“Not me!” is the war cry of the future fallen.

Why? Because as soon as you trust in your ability to overcome lust you are already starting to give into it’s alluring power. As Colossians 2:20-23 reminds us, “Since you died with Christ to the elemental spiritual forces of this world, why, as though you still belonged to the world, do you submit to its rules: ‘Do not handle! Do not taste! Do not touch!’? These rules, which have to do with things that are all destined to perish with use, are based on merely human commands and teachings. Such regulations indeed have an appearance of wisdom, with their self-imposed worship, their false humility and their harsh treatment of the body, but they lack any value in restraining sensual indulgence.

Rules are not enough. Because rules are not strong enough to overcome fully charged hormones! So how do you fight lust effectively? Here are five battle strategies to help you fight and win against this relentless temptation.

1. Learn to walk by the Spirit.

I love the simplicity of Galatians 5:16, “So I say, walk by the Spirit, and you will not gratify the desires of the flesh.” You can’t walk by the Spirit and fulfill the desires of the flesh at the same time. So we need to remember to walk by the Spirit. The word picture of walking by the 3rd Person of the Trinity triggers the mental picture of going throughout your day step-by-step and hand-in-hand with the Holy Spirit. We are in close communion with him while in traffic, while with our families, while ministering to our students and while we are alone.

When we are controlled by the indwelling Holy Spirit then we can’t be controlled by the flesh. Each morning when we get up, several times throughout the day and when we lay our heads on our pillows at night, let us consciously hand the reigns of our lives to the Holy Spirit. Let’s learn to walk step-by-step in the power of the Spirit.

My old pastor used to say, “You can’t stop a bird from flying over your head but you can stop it from making a nest in your hair.” In the same way sometimes you can’t avoid seeing a scantily clad girl while driving down the street but you can stop leering at her. The first look is unavoidable. The second look (and lustful thoughts that follow) is what will get you in trouble.

In the 1960’s Batman show whenever Commissioner Gordon had a crime problem he used a red phone to call Batman. This special phone was reserved for emergencies and was to be used between the commissioner and Dark Knight alone. In the same way, anytime we have a lust problem we need to have a shortlist of male friends we know and trust whom we can call and confess to. In James 5:16 we are reminded, “Therefore confess your sins to each other and pray for each other so that you may be healed.” This doesn’t mean that we confess every sin to everyone. But it does mean that there is, at the very minimum, a circle of trusted Christian friends who have our back and have our number when it comes to lust.

These friends should have your number and you should have theirs. You can call them anytime and you can call them anytime. No question should be off limits when it comes to how you are doing (and how they are doing for that matter) when it comes to lust. I have three guys on my list who have permission to call me anytime with any question and I have pledged to them to be gut level honest with them.

4. Set boundaries but don’t trust in them.

I’ll never forget when I was a young pastor at a church in Denver. Somebody paid for me to go to a small pastor’s conference in Colorado Springs. Little did I know that God would use this conference, and the man speaking at it, to impact my life in a big way.

The speaker was an expert at counseling struggling pastors. He had shepherded hundreds of spiritual shepherds from all across America, many of whom had fallen into sexual immorality of some sort or another. He was at this conference to help pastors fight against the insidious enemy called “lust” and to preserve the integrity of their lives and the pulpits they preach from on a weekly basis.

After he was introduced he took the podium and asked the question, “How many of you pastors have some sort of boundaries when it comes to counseling members of the opposite sex? For instance, you won’t counsel a woman alone or with the door of your office shut or something like that?”

I looked around the auditorium of two hundred or so pastors to see two hundred or so hands raised. Mine was raised too. I had always taken measures as a young, married pastor to make sure I was never in a situation where temptation could overtake me or that, well, just plain looked bad. And I was in good company. The men of God who surrounded me were just as concerned with their own personal piety and purity as I was.

That’s why I was shocked and rocked to hear the speaker say, “I’ve counseled hundreds of pastors all across America who have fallen into sexual sin and every single one of them had safeguards and boundaries in place.” It felt like the speaker had taken a stun gun and shot us all square in the chest. Even the crickets were convicted and quiet.

He continued, “Here’s the problem gentlemen, you can have all the safeguards you want. You can choose not to counsel a woman alone and refuse to be in a car by yourself with a member of the opposite sex. But LUST WILL PICK A LOCK. Lust will find a way to work around the safeguard and feed its ravenous hunger for satisfaction.” He continued, “The only real safeguard is a strong relationship with Jesus Christ and a strong relationship with your wife. Everything else is just window dressing.”

Set boundaries but don’t put your faith in them.

5. Go to your church leaders if you need to.

Hopefully they are the type of church leadership that will restore you. Once again, James 5 gives us instructions on this process, “Is anyone among you sick? Let them call the elders of the church to pray over them and anoint them with oil in the name of the Lord. And the prayer offered in faith will make the sick person well; the Lord will raise them up. If they have sinned, they will be forgiven.”

Going to your church leadership is a huge and sobering step because, quite honestly, it could get you fired. But this final, bold step of courage could also get also get you healed and whole.

Let’s all pray for each other as we engage our common nemesis called lust, depending on the Holy Spirit for ultimate victory and each other for comaraderie and courage. When we struggle let’s confess it. If we fail let’s forsake it. And, together, we will make it across the finish line walking by the Spirit who is ready to support us the entire way.