The Gospel CAN go viral through your teenagers! 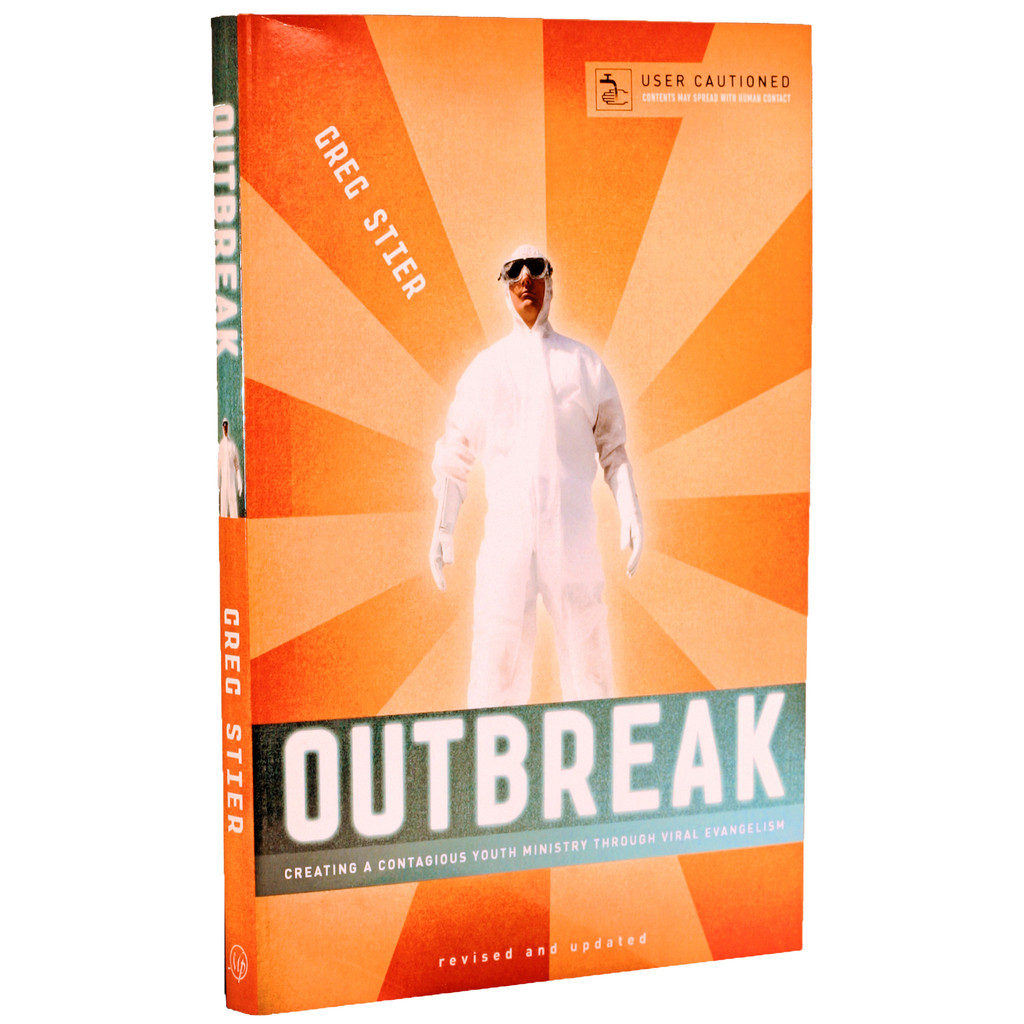 My first book ever was called “Outbreak…creating a contagious youth ministry through viral evangelism.” It was released almost 14 years ago and was loosely based on the movie Outbreak starring Dustin Hoffman and Rene Russo. According to our trusted friend Wikipedia, “The film focuses on an outbreak of a fictional Ebola-like virus called Motaba in Zaire and later in a small town in the United States. Its primary settings are government disease control centers USAMRIID and the CDC, and the fictional town of Cedar Creek, California.”

-A sneeze pushes mucous out of your nose at up to 100 mph.

-Viruses cannot be stopped by antibiotics, only bacterial infections can!

-According to Robert DeSalle in the book Epidemic, “When a virus attacks and infects a vulnerable living cell, it pours its own DNA inside. Once inside it begins a coup de tat…and sets up a new command center.”

Of course,we know that these kinds of viral infections are most often described in a negative sense (for obvious reasons). But I believe that the viral nature of the gospel infects in a very positive and transformational way. Like a virus…

-The gospel “virus” can spread through an army of “student super sneezers” at a rapid rate.

-There are no spiritual antibiotics that can stop the spread of it.

-Once a person is infected with it a new command center is set up in their heart and Jesus takes control!

Here’s what I wrote in the first chapter of my Outbreak book,

What you see in the book of Acts and the pages of early church history is an unstoppable ideavirus that infected large groups of people at a time. It spread person to person, life to life, mouth to mouth. It spread quickly. But it was not only fast-it was efficient.

Remember that it’s goal is to ‘set up a new command system’ in the heart of the host. Jesus desires to be Sovereign of the cells, so to speak. He wants every aspect of every Christian life to be completely under his control and he won’t stop until that desire has become a reality.

This process of ‘infection’ begins at salvation and doesn’t stop until that person in completely under Christ’s control! Philippians 1:6 demonstrates the process from beginning to end with these words, ‘being confident of this, that he who began a good work in you (the initial infection) will carry it onto completion (the new command system) until the day of Christ Jesus.’

The gospel message is efficient. It transforms everyone and everything it touches.”

Let’s get busy unleashing this viral message to anyone and everyone. Let’s train our teenagers to do the same.

And if you’ve never read my book Outbreak it could be a good time to pick it up and get a plan to unleash your student super sneezers!