Frontliners, Backgrounders and Come-along-siders (to those who helped pull off 25 years of Dare 2 Share conferences!) 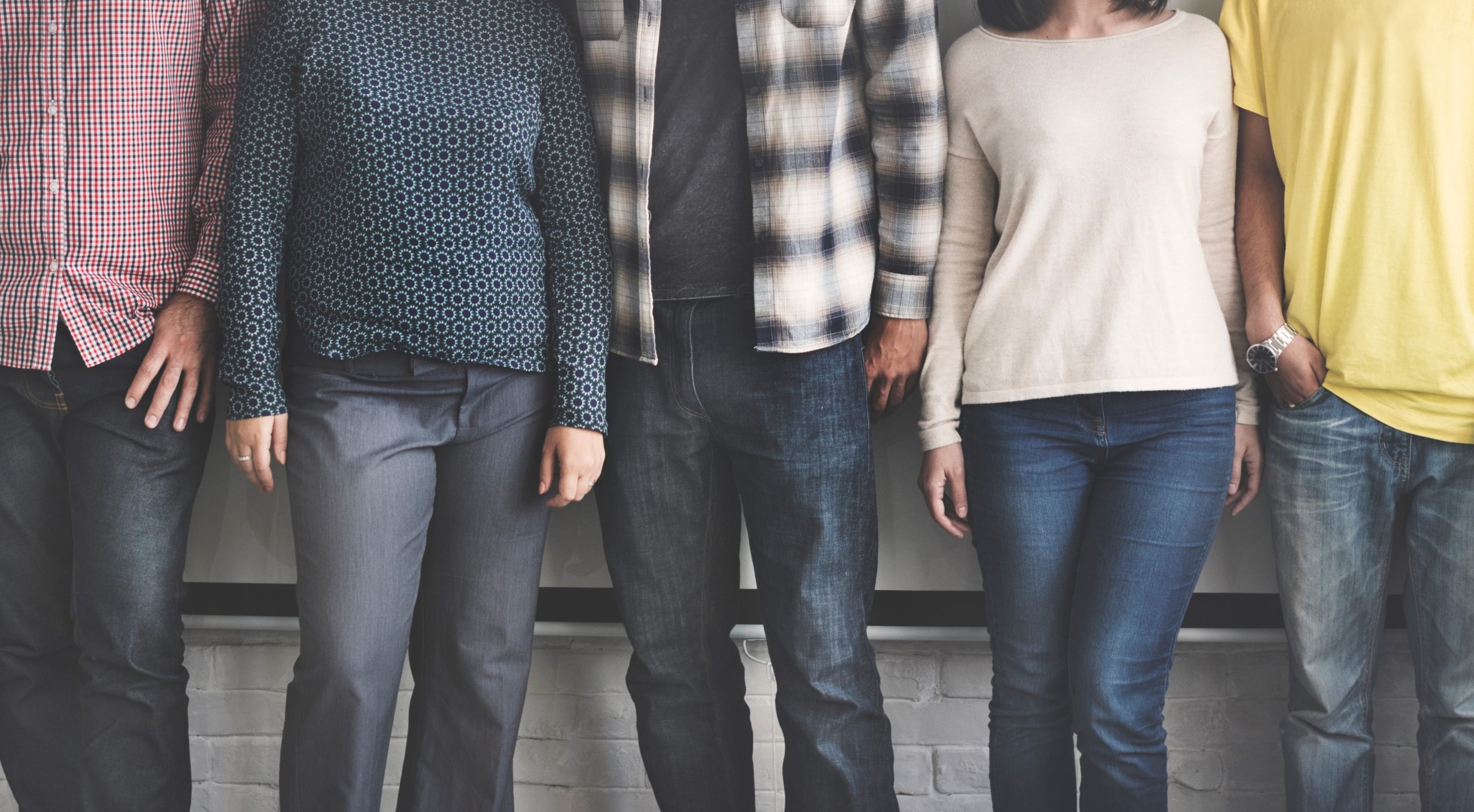 “I commend to you our sister Phoebe, a deacon of the church in Cenchreae. I ask you to receive her in the Lord in a way worthy of his people and to give her any help she may need from you, for she has been the benefactor of many people, including me. Greet Priscilla and Aquila, my co-workers in Christ Jesus. They risked their lives for me. Not only I but all the churches of the Gentiles are grateful to them. Greet also the church that meets at their house. Greet my dear friend Epenetus, who was the first convert to Christ in the province of Asia. Greet Mary, who worked very hard for you. Greet Andronicus and Junia, my fellow Jews who have been in prison with me.They are outstanding among the apostles, and they were in Christ before I was. Greet Ampliatus, my dear friend in the Lord. Greet Urbanus, our co-worker in Christ, and my dear friend Stachys. Greet Apelles, whose fidelity to Christ has stood the test. Greet those who belong to the household of Aristobulus. Greet Herodion, my fellow Jew. Greet those in the household of Narcissus who are in the Lord. Greet Tryphena and Tryphosa, those women who work hard in the Lord. Greet my dear friend Persis, another woman who has worked very hard in the Lord.  Greet Rufus, chosen in the Lord, and his mother, who has been a mother to me, too. Greet Asyncritus, Phlegon, Hermes, Patrobas, Hermas and the other brothers and sisters with them. Greet Philologus, Julia, Nereus and his sister, and Olympas and all the Lord’s people who are with them. Greet one another with a holy kiss.”  Romans 16:1-16 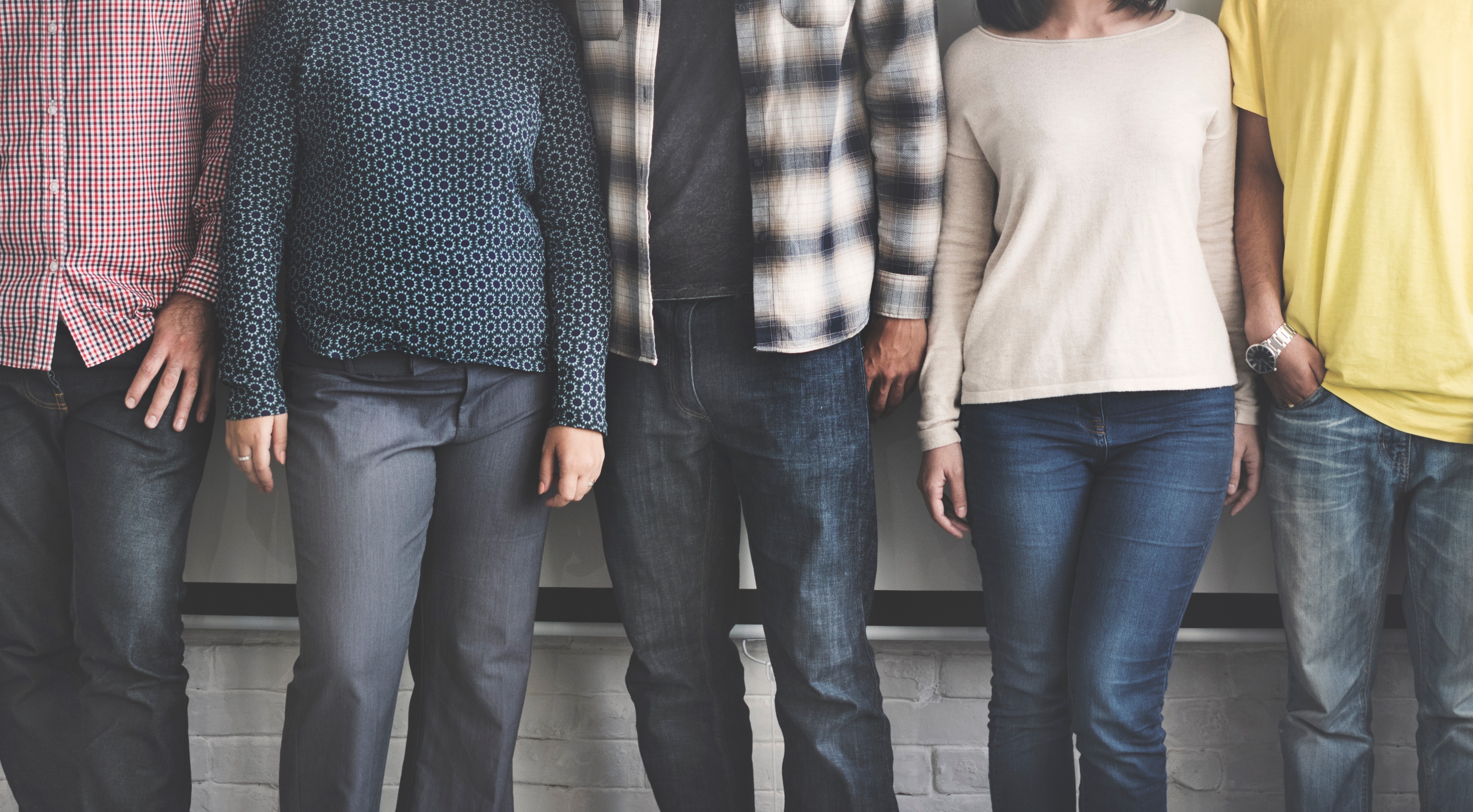 Today, as I spend time thanking our conference team for their commitment to the cause of Christ through Dare 2 Share weekend conferences (which come to an end next weekend in Denver), I couldn’t help but think of this passage. For Paul there were three kinds of co-workers in Christ. In the words of my friend Propaganda, there were “frontliners, backgrounders and come-along-siders.”I think of the early, early years of all the frontliners, backgrounders and come-along-siders who helped pull our weekend events off when we were still called “Warriors for Christ” (so glad we changed the name!)  Rick and Shelley Long brought the vocals, Adam Rey brought the guitar licks, Donnie Coxsey and Todd Stauffer brought acting/serving/ security and more. And the late/great Brad Holder (along with the ever faithful Jeff Stauffer) brought sound, light and special effects back in the day.

This passage in Romans 16:1-16 really lays out a case for how the conference team throughout the years has been used by God on every level…both in front of and behind the stage curtain.

In the early church it was frontliners like “Andronicus and Junia”, two apostlic churchplanters and Gospel Advancing preachers, who stood head and shoulders above the other apostles. They were fighting on the battlefront from the front. In today’s terms we would all them the “stage team.”

Our stage team at Dare 2 Share has been phenomenal over the years. We’ve had fantastic bands, speakers and actors. We’ve had the amazing speaker/artist/spoken word artist Jason Petty (aka “Propaganda”). And the last few tours we’ve been blessed by the great poems of Sabrina Epou. I think of some of the outstanding preachers I’ve had the privilege of traveling with over the years: Men like Derwin Gray, Jose Zayas, Karl Wheeler, Tyree Sterling, and, of course, the ultimate youth speaker, Zane Black. Zane has become my brother in arms, my swim buddy, my friend and at times, my mentor over the last decade+ of ministry together. It has been an honor with him as well as all of the frontliners on the Dare 2 Share stage.

I think of our fronline directors like Shelley Long (early years), Paul Romig-Leavitt (most-of-the-years) and Rachelle Wood (last few years). They have helped to create, write and, in many cases, perform, some of the most hilarious and moving skits/dramas I have ever seen. And the top-shelf actors who have learned under their leadership is too long to list. Suffice it to say, I’m hugely grateful for our frontliners.

Then there are the ‘backgrounders.” One of Paul’s backgrounders was Phoebe. He writes this about her, “I commend to you our sister Phoebe, a deacon of the church in Cenchreae. I ask you to receive her in the Lord in a way worthy of his people and to give her any help she may need from you, for she has been the benefactor of many people, including me.”

Phoebe delivered the book of Romans to the Romans. But she was much more than a mail carrier (which was very dangerous back then by the way.) She was a deacon in the church and a benefactor to many. She was a leader by the way that she served and the selfless way she gave herself to the mission of Christ.

Our Phoebe has been Holly Ingels. She’s not hand delivered a book to the Romans, but a powerful event to the next generation And she has always delivered. She has conducted the conferences like a finely tuned orchestra. Always in the background but always in control, leading equally from her headset and her heart.

Holly trained under the Obi-Wan Kenobi of event producers, Rolly Richert, who went to be with the Lord five years ago. His years with us made us all better. And Holly has wielded her own light saber like a Master Jedi in amazing ways since his departure.

And then there’s Jesse Ralph or, as I will call him in this post, Epenetus.  “Greet my dear friend Epenetus, who was the first convert to Christ in the province of Asia.” I remember when Jesse was the employee of another company that used to do sound and lighting for us. There was something about him that made him stand out. He had the right mixture of mad scientist, sound/lighting engineer and creative genius…and he was super relational. He was not “the first convert” to the Dare 2 Share team but he was really the first one on board who began to build our conference to scale to arena quality events. He and his crack team at Legacy Sound Productions are the best of the best.

And what would we do without Wes, the ultimate stage manager? He is our backstage GPS, holy goad and guide.

Last, but certainly not least are the “come-along-siders.” Paul put it this way in Romans 16, “Greet Priscilla and Aquila, my co-workers in Christ Jesus. They risked their lives for me. Not only I but all the churches of the Gentiles are grateful to them.”  Aquilla and Priscilla famously came along side Apollos when he was a young, articulate and yet somewhat misinformed preacher in Ephesus and helped him learn “the way of God more accurately” (Acts 18:24-26.)

While we are super grateful for ALL of our volunteers (the come-along-siders in every city) we are especially grateful for our volunteer staff who have been with us for ten years plus. They have risked life, limb and luxury to set up tables, load trucks, corrale teenagers, clean up puke, provide security, take complaints, find solutions and minister to teenagers. They have provided the backbone of the Dare 2 Share conferences.

And many of our volunteer staff, like Aquilla and Priscilla, come as couples. There’s Bill and Debbie Summers, the ultimate combination of sweet and strong, hospitality and leadership. There’s Billy and Joyce Hitchcock who have risked their lives (quite literally) for the Gospel and endured some terrifying challenges but have never wavered in their commitment to come-along-side at the conferences. There’s Taft Champion who is a champion. He’s so redneck he makes the typical redneck look like a light pink. And he is overwhelmingly committed to serving Jesus and teenagers it is breathtaking. There’s Dwayne and Brenda Cannup who can be summed up in one word “faithful.” They seek no glory but God’s and it shows. And, last, but not least, there is Sandy Decker. She is everyone’s favorite grandmother but is so youthful at heart that she fits right in an arena full of teenagers.

I wish I could list all of the volunteers who’ve made Dare 2 Share possible over the years but heaven knows them by name and they will receive their reward from the Lord himself. And , along with them, all of the spouses who were left behind, taking care of kids, working jobs and taking up the slack on the homefront. For the last 25 years my wife has worked hard without applause, without the rush of teens screaming for Jesus, but with the applause of heaven. She, along with the countless Dare 2 Share spouses who are left back home (while we were flying around the country training teens), deserve a supreme amount of credit for making this ministry possible.

Included in the list of backgrounders and come-along-siders are the second-to-none Dare 2 Share staff members. Like youth leaders they don’t do what they do for the pay but for the payoff. From executive assistants to event directors to the marketing team to everyone in the present and past back at HQ, I am extremely grateful. You all will be richly rewarded in heaven. Debbie Bresina will get extra rewards for having to deal with, harness and execute my crazy ideas for over two decades.

If you’ve ever been ministered to by a Dare 2 Share event and would like to leave a note of encouragement to our Dare 2 Share “frontliners, backgrounders and come-along-siders” please leave a comment below. After 25 years we are saying goodbye to the 2 day conferences and saying hello to a deeper and wider strategy. But let’s give the two day conferences (and all who helped pull them off) a proper send off.