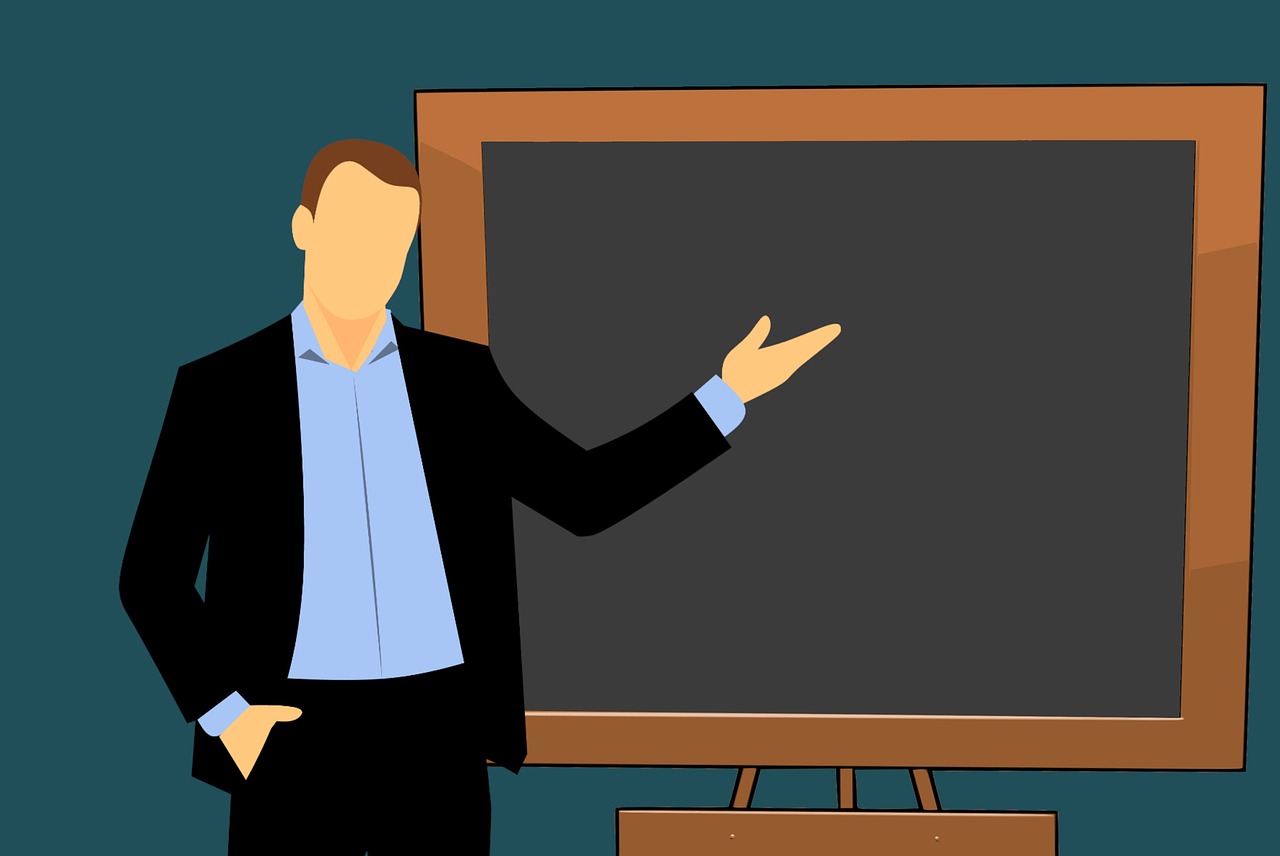 It’s hard to believe that 30 years ago this month Dare 2 Share started. I’ll never forget sitting in Jonathan and Maybelle Smith’s home office and officially signing the paperwork that stated we were an official ministry. Jonathan was my former theology professor at Colorado Christian University and spiritual mentor during my college years. He and I decided to start the ministry because we felt there was a need for sound theology and evangelism training in the world of youth ministry.

Over the last 3 decades of ministry we’ve been privileged to inspire, equip and mobilize millions of teenagers around the world to share their faith. From full-weekend conferences, week-long summer trainings, countless books, curriculums, articles, apps and, now, a multi-Continent simulcast training event, Dare 2 Share has been used by God to mobilize countless young people to share the G.O.S.P.E.L. of Jesus in a confident and caring way!

I am truly humbled by and grateful for the amazing privilege of energizing the next generation to evangelize their world!

Having been a part of the leadership team of Dare 2 Share from day one and having led the ministry personally for most of our existence, I’ve learned a ton…mostly through failure. But I’m grateful for every hard lesson learned. I thought I’d pass some of these lessons on to whoever would like to hear them.

Here are the 5 most important lessons I’ve learned over my 30 years at Dare 2 Share:

“I urge, then, first of all, that petitions, prayers, intercession and thanksgiving be made for all people— for kings and all those in authority, that we may live peaceful and quiet lives in all godliness and holiness.  This is good, and pleases God our Savior, who wants all people to be saved and to come to a knowledge of the truth.” 1 Timothy 2:1-4

It took the Great Recession to teach us this priceless lesson. When the market crashed in 2008 we lost more than half of our donated income. As a result, we had to let go much of our staff in 2009. Honestly, I didn’t know if we would be able to punch through the wall and survive.

That’s when I learned how to really pray. We all learned to pray through this unprecedented financial crisis.

God used the emptying of our bank account to build up our faith account. An emphasis on prayer came onto the Dare 2 Share radar in a huge way and has been growing in our hearts and ministry ever since. Now our number one value internally is “Pray Fiercely.” It’s a value we trumpet to others and ourselves. It’s a value that we live by.

As a result of our prayers, God has opened up major doors nationally and globally that we could never have opened by ourselves. This is the lesson: when we pray, rooted in faith on God’s promises, we become an unstoppable force for Gospel Advancement! This has been the number one lesson I/we have learned.

“Now tell me, what does that mean to be noble? Your title gives you claim to the throne of our country, but men don’t follow titles, they follow courage.” William Wallace to Robert the Bruce in the movie Braveheart

It surprises a lot of people when I tell them that, technically, I have no authority at Dare 2 Share. I’m not on the governing board (and, unlike some ministries, we have a strong governing board.) Our board is led by a real cowboy and, believe me, he ain’t afraid of anyone with the last name Stier (pronounced “Steer.”) The board could fire me at anytime, and they should, if I ever do anything to dishonor the Name of Jesus or the brand of Dare 2 Share.

Internally, our ministry is led by Debbie Bresina. She is our President and the best, most competent leader I know. That’s why, just last year, I stepped down from my role as CEO and recommended to the board that the leadership of the ministry be placed firmly in her hands. They whole-heartedly agreed.

Don’t get me wrong. I’m still involved in the ministry. As the Founder/Visionary I meet with Debbie weekly (and the executive team monthly) to conspire and strategize. But Debbie leads the ministry, while I lead the movement.

3. Building green houses is as crucial as training “seed-chuckers.”

“So Paul left them. He took the disciples with him and had discussions daily in the lecture hall of Tyrannus. This went on for two years, so that all the Jews and Greeks who lived in the province of Asia heard the word of the Lord.” Acts 19:9,10

For much of Paul’s ministry he was a “seed-chucker.” He spread Gospel seeds everywhere he went.

But, in the lecture hall of Tyrannus in Ephesus, he not only chucked seeds but also trained “seed-chuckers.” He not only trained seed-chuckers, he built green houses. He trained leaders to plant Gospel Advancing churches that would make disciples who made disciples. As a result of him training seed-chuckers and building greenhouses, “all the Jews and Greeks who lived in the province of Asia heard the word of the Lord.“

Evangelism training is necessary. But training leaders to built a context in which evangelism thrives and disciples multiply is just as essential.

Like Paul, for the first few decades of our ministry we chucked Gospel seeds through our events. We also trained “seed-chuckers.” We trained them to spread Gospel seeds to their peers.

In addition to evangelism training, for the last several years we have focused on equipping youth leaders to build Gospel Advancing “greenhouses” as well. If youth leaders are equipped to build a context where evangelism and discipleship thrive year round, then teens will keep spreading the Gospel long after they have left the Dare 2 Share training event.

If you want to discover more about what a Gospel Advancing ministry looks like click here. The importance of building these greenhouses is a crucial lesson we have learned over the last 30 years.

“Therefore be as shrewd as snakes and as innocent as doves.” Matthew 10:16

One of the best lessons I’ve learned over 30 years of leading Dare 2 Share is how to play our advantages. Because we are not a huge ministry (25 full time staff members) I view our organization as nimble. Instead of focusing on not having enough staff for a global ministry, I think about how quickly we can make decisions. Like David standing in front of Goliath, we are fleet of feet, not lumbering giants. We don’t have tons of armor weighing us down. Instead, we have a sling and 5 stones and we are ready to “rock.”

We play our advantages.

Because we are a training organization we also have the advantage of equipping other organizations, both in evangelism training and Gospel Advancing strategy. This has served to create a “team of teams” approach, where multiple groups are working together with the same common goal and the same common language. By God’s grace, we’ve been able to convene and conspire with much larger ministries to help make sure that “every teen everywhere hears the Gospel from a friend” (our vision) together.

I try to play the advantages, not just as a ministry leader, but as a husband and dad.

As a traveling evangelist over the last 30 years I’ve been on the road quite a bit. But I told my kids early on, “Your Daddy’s gonna be gone a lot but I’m going to give you an unforgettable childhood.” And, with the board’s blessing, I’ve been able to take my family with me on ministry trips that make sense (or are within driving distance of Disneyworld!) As a result me and my family have seen the nation together and had some really cool experiences around the world!

We have learned to play our advantages.

5. Every once in awhile you got to burn the ships.

“In the same way, those of you who do not give up everything you have cannot be my disciples.” Luke 14:33

Captain Hernán Cortés landed in Veracruz in the year 1519 to begin his conquest of the Aztec empire. Upon arriving, he gave the order to his men to burn the entire fleet of ships that they arrived in. The men watched in fearful awe as the flames from these ships burned into the night sky. There was no chance of retreat. They would either win or fail but they could not retreat.

Two years later they succeeded in their quest.

Five years ago we had to “burn the ships” at Dare 2 Share. The Dare 2 Share conferences, a two day event that we were “youth ministry famous” for, were not accomplishing the vision of reaching “every teen everywhere.” Although they were still successful and training thousands upon thousands across the nation, we realized that, to get to our goal, we had to kill the events.

We had to burn the ships.

It was one of the hardest thing I’ve ever had to do.

But, because we took this step, we have been able to expand across the nation and around the world in ways we never anticipated. We started Dare 2 Share Live, a simulcast training event. On November 13th, we should have well over a thousand churches signed up across the nation. In one day we could potentially have more teenagers trained that at our largest Dare 2 Share conference tour that we ever did. And, we are opening up this training to Africa, Canada, South and Central America and beyond…something we never could do with our conferences.

God has used the bandwidth we saved by eliminating the conferences and allowed us to expand into 90% of the countries around the world with our training tools and curriculum. This has also led to partnerships we could have never dreamed of before. Together, we are working to reach every teen everywhere with the hope of Jesus Christ.

I thank God for the privilege of being a part of this awesome ministry for the last 30 years. Our staff, donors and board are amazing. The youth leaders and teenagers we serve are awesome.

It has been the greatest honor of my life.

Looking forward to the next 30 years (or, better yet, Jesus’ return!)