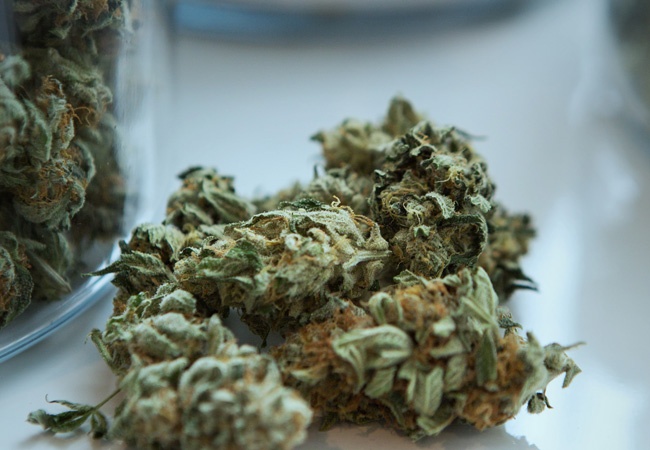 Now we are known for all of that plus being one of a growing number of “stoner states” where marijuana is legal for recreational use (Boo!)

As a lifelong Colorado resident, I’m not happy about that. In my opinion, we have exchanged some of our swagger as a tough state for one that prefers Doritos and doobies. And, as the Founder of a ministry that is committed to reaching teenagers with the hope of Jesus Christ, I’m very concerned about that.

Awhile ago I had a pretty interesting conversation with my teenaged son about it. What I realized in talking to him was that I had never clearly, Biblically laid out a comprehensive case against smoking weed. Sure we’ve talked about it. He doesn’t do drugs nor does he want to. But he wasn’t as clear about the why as I had hoped. So I decided to write this article to build a strong Biblical case against marijuana use for the Christian teen.

And, by the way, I’m not one of those guys who is totally against legitimate medical marijuana use. I watched my mom die slowly and painfully of stage 4 cancer. I would have rather had watched her smoke a joint to ease her pain in her final days than the total-shut-down-of-her-senses medications the doctor prescribed instead.

But I am one of those people who believe that recreational marijuana use can be absolutley devastating to young people and old people alike. And a Christian should never take it “just for fun.” This is especially true of Christian teenagers.

1.  It’s a sin for Christians to let any controlled substance control them.

“Do not get drunk on wine, which leads to debauchery. Instead, be filled with the Spirit”  Ephesians 5:18

2.  It’s illegal for a teenager to smoke weed.

“Let everyone be subject to the governing authorities, for there is no authority except that which God has established. The authorities that exist have been established by God. Consequently, whoever rebels against the authority is rebelling against what God has instituted, and those who do so will bring judgment on themselves.” Romans 12:1,2

Even in my free-wheeling state of Colorado you have to be 21 to consume recreational drugs. In other words, to smoke weed before then is breaking the law…and breaking the law is a sin.

3.  It impacts the adolescent brain and can damage it for life.

“The prudent see danger and take refuge, but the simple keep going and pay the penalty.”  Proverbs 22:3

According to the book of Proverbs, simpletons see the danger in indulging in something, but go for it anyway. These fools pay the price.

In the same way if science shows that smoking marijuana damages a teenager’s brain and they do it anyway they are being fools. And science does show it by the way…

In an interview with CBC News, Dr. Romina Mizrahi, director of the Focus on Youth Psychosis Prevention clinic and research program at the Centre for Addiction and Mental Health said that “brain development in childhood continues through teenage years and into the early 20s.” She explained that “cannabis affects how the brain’s regulator — called the endocannabinoid system — controls things like mood and memory….You’re kind of tampering with or altering the system that’s there to regulate other things.”

There’s a reason most stoners are depicted as Dorito-crunching, couch-crashing slackers…because many of them are! I’ve talked to countless parents whose teens or twenty somethings have pretty much given up on anything but smoking drugs, playing video games and lying around. If they work, they work just enough to make just enough to pay for their next bag full of weed.

Getting addicted to anything (especially drugs) can take away our ambition to work hard, save money and be generous to others. It can lead to years of a young person’s life being totally wasted. And this brand of life does not glorify God!

5.  It can become a gateway to even more addictive drugs.

Sin breeds sin. Once you say “no” to “Just Say No!” it becomes much easier to say “yes” to even more dangerous drugs…and soon the downward spiral begins.

Teenagers can easily become “slaves” to marijuana which can lead to “ever increasing wickedness.” Soon teens can find themselves addicted to Oxcycotin, Heroin or even Meth.

Am I using scare tactics here? Of course I am! But it’s motivated out of love for these Christian teenagers! I don’t want to see them caught in a trap that I’ve seen so many fall into and many never get out of. And far too many fall into even more addictive drugs as a result!

6.  It can rob teens of pursuing their calling wholeheartedly.

“Whatever you do, work at it with all your heart, as working for the Lord, not for human masters, since you know that you will receive an inheritance from the Lord as a reward. It is the Lord Christ you are serving.” Colossians 3:23,24

7.  It makes a teen more open to moral compromise.

“Do not get drunk on wine, which leads to debauchery. Instead, be filled with the Spirit”  Ephesians 5:18

Being drunk “leads to debauchery” and so does smoking weed. That word debauchery means, “abandoned to sensuality and lust; dissoluteness, debauchery, revelry.” It’s hard enough to say no to sin, let alone when your senses are dulled due to drug or alcohol use. So if you want to stay pure, stay sober by staying drug free.

8.  It dishonors a Christian teen’s body, which is the temple of the Holy Spirit.

“Do you not know that your bodies are temples of the Holy Spirit, who is in you, whom you have received from God? You are not your own; you were bought at a price. Therefore honor God with your bodies.” 1 Corinthians 6:19-21

Think of your body as a temple (because it is) where God dwells (because he does!)

When Christian teenagers look at their bodies this way why in the world would they want to fill it with a substance that negatively impacts it? Let’s not fill his temple full of smoke!

9.  It impedes a teenager’s ability to pray with a clear mind.

“The end of all things is near. Therefore be alert and of sober mind so that you may pray.”   1 Peter 4:7

We are called to keep our minds clear so that we can pray. Marijuana clouds clear minds. Enough said.

10. It robs teens of their ability to be effective witnesses for Jesus Christ.

Christian teenagers who choose not to engage in drunkenness and drug use may get mocked by their indulging friends. But it’s their refusal to indulge that can open up doors for powerful Gospel conversations.

Every Christian teenager has an opportunity to be a witness for Jesus Christ, but marijuana use severely impacts their ability to credibly share that Jesus is our only source of true joy and life.

If you are a parent, I challenge you to sit down with your pre-teens and teenagers and go over this list with them. If you’re a youth leader, make it the theme of a youth group meeting and teach these ten points. Be sure to add a discussion time after.

Let’s help our teenagers be clear-minded, pure-hearted witnesses for the Lord Jesus Christ in a teen world that is increasingly open to marijuana use.