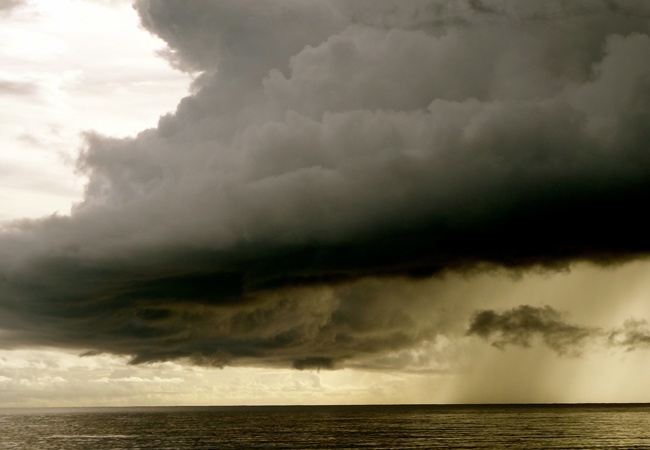 Last night as I waited for my son to get let out of football practice and noticed that my wife had been trying to call me…several times. When I called her back she sounded desperate. In the background I heard a tremendous pounding and my daughter and dog freaking out. Our house was getting pounded by hail…massive amounts of hail.

We live about 15 minutes from the football field so when I looked up in the sky and saw the tell-tale dark green sky, I could tell that the falling hailstones were approaching quickly. Having been caught in severe hailstorms when I was a roofer, I knew the look of the sky when things were about to get real.

When I was a roofer it meant more work because roofs were sure to be destroyed. But as a current dad, I was concerned about one thing…getting my son and his fellow football players off the field.

Although I hadn’t met my son’s new football coach yet I ran onto the field and said, “Hey coach, a massive hail storm is headed our way. We need to get these kids off the field right now.” He hesitated for just a second and I assured him that the green sky was going to unleash it’s hard, white and dangerous fury soon.

With that he started yelling at the kids to take cover. And it’s a good thing he did because within 60 seconds it was coming down hard. And, thankfully, most of the teenagers made it to the locker room before it’s full force was unleashed.

Driving home I couldn’t help but think of the urgency of evangelism. It’s almost as though God’s Word calls to us (like my wife called me), yelling “It’s coming! It’s coming!” Verses like 1 Thessalonians 5:1-3 remind us, “Now, brothers and sisters, about times and dates we do not need to write to you, for you know very well that the day of the Lord will come like a thief in the night. While people are saying, ‘Peace and safety,’ destruction will come on them suddenly, as labor pains on a pregnant woman, and they will not escape.”

Our job is to run out onto the field of life and warn those around us that Jesus is coming back like a storm. His full wrath is about to be unleashed and we must warn them to take cover under the protection of his grace, purchased with his own blood on the cross.

We need to do it in love. We need to share it with humility. But we need to do it with an urgency and sincerity that will cause them to pause and look to the skies…because He is coming back. The first time he came as a gentle breeze. The next time he will come like a raging storm.

For help in sharing your faith with the right amount of urgency and humility download these apps. And then start rescuing those around you before it’s too late!