Social Justice or evangelism? There shouldn’t even be a debate 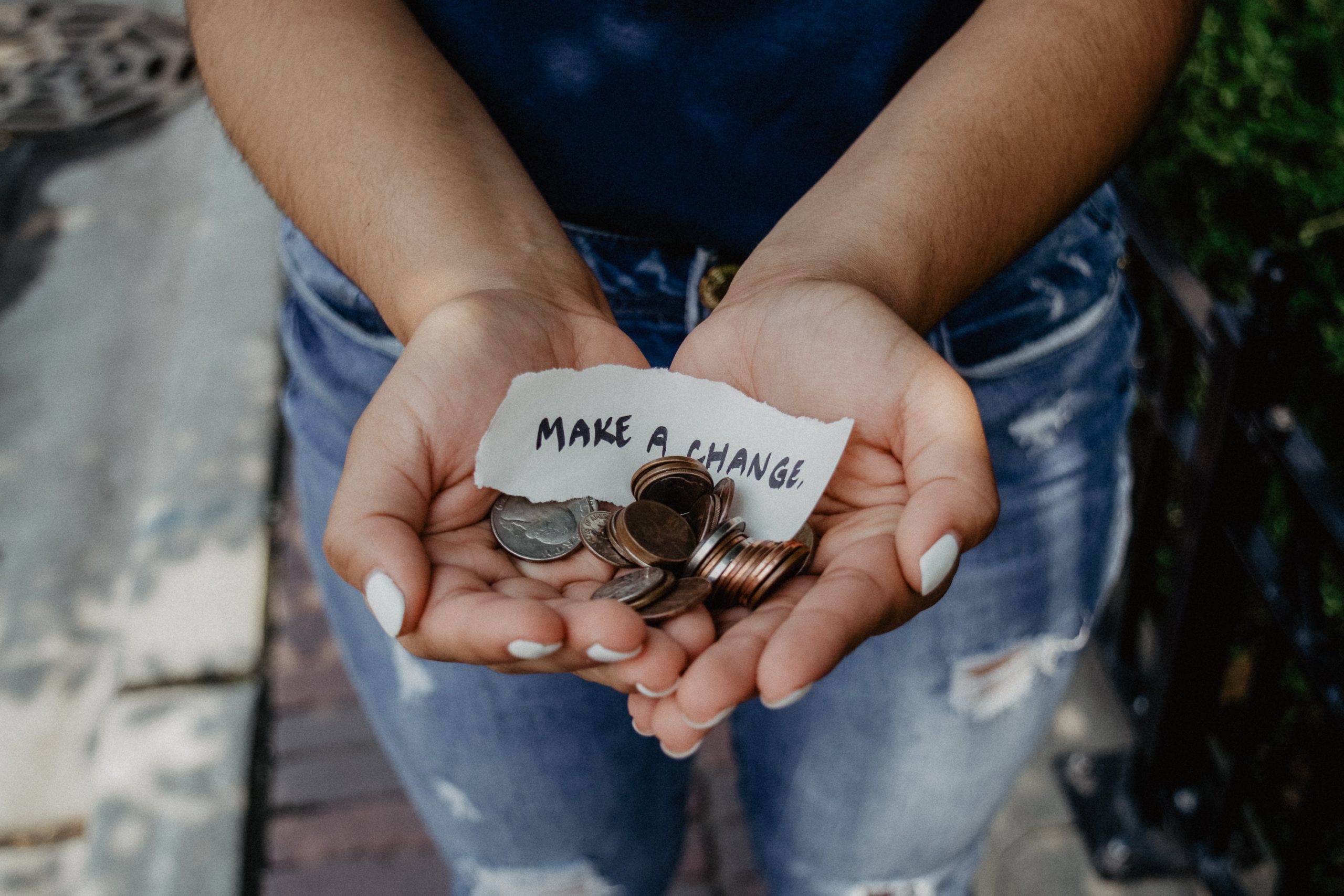 But before I dive into this debate I want to make something clear…I take this debate super personally.

Why? Because I was raised “American poor.”

I call it American poor because the brand of poverty I lived through pales in comparison to some of the levels of poverty I’ve seen firsthand in places like India, Colombia and El Salvador.

But, by US of A standards, my family was poor. I was raised in apartment complexes and trailer courts. And, yes, we qualified for free cheese and food stamps.

But my mom was too proud to accept government help. In some weird way she thought it would be admitting defeat and “stealing from the government.” Although she should have gotten alimony from at least one of her four former husbands she didn’t get any. 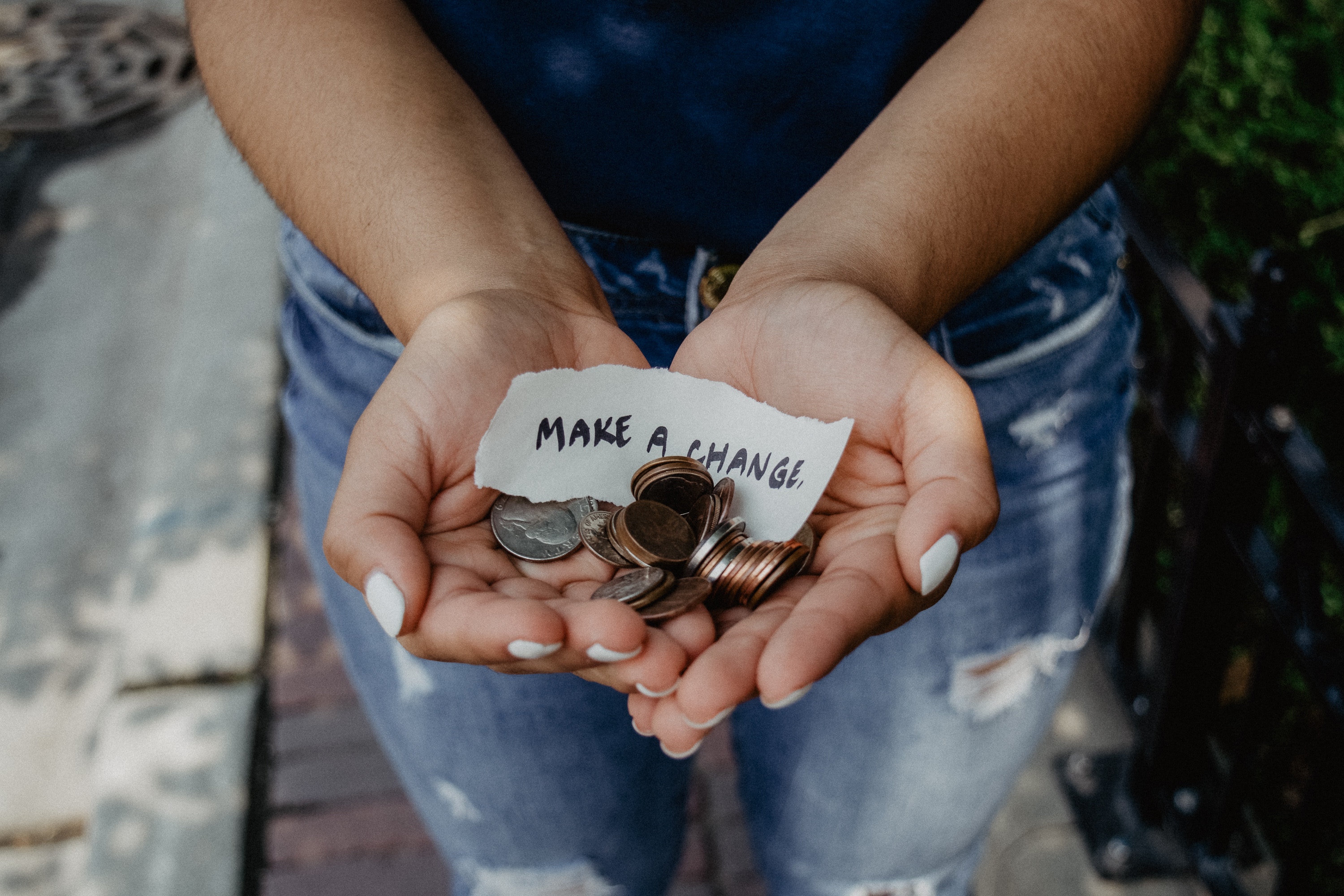 My mom raised me and my brother in one of the highest crime rate areas of our city. On many Friday and Saturday evenings my mom would ask, “You wanna watch cops tonight?” And, if I said “yes“,  we’d hop in the car and follow the cop cars blazing through  our neighborhood to the scene of the closest crime. Long before the show Cops came out we were watching our own version of it firsthand.

Sometimes the cops showed up at our house. My extended family (uncles, aunts, cousins) were a little like Sons of Anarchy. Lots of fights, lots of violence, lots of anger. But, as tough as my uncles were, they all had a respect for my mom, their sister, because she could throw a punch (and take one) with the best of them.

Mom was a fighter on every level. And she determined that me and my brother were going to have the best chance at a normal life. She fought, scraped and scrapped to put food on the table, clothes on our backs and some shred of dignity in our souls. She was determined to raise us as well as she possibly could. But sometimes the pressure was too overwhelming for her.

She would often cry herself to sleep at night. My brother and I could hear her through the paper thin walls in our tiny apartment. Mom told us many times that she was worried that we would turn out to be just like her.

And every month, when the bills came due, her feelings of inadequacy were magnified.

As a kid I was a collector of pennies. In sidewalk cracks and underneath couch cushions I looked for those shiny copper coins everywhere I went. By the time I was eight I had amassed a fortune ($50 worth!) I’ll never forget the look of shame my mom had when she asked to borrow the money from me so that she could buy groceries for us that week. I agreed and she promised to pay me back when she could.

Mom worked long hours at her job and did what it took to make sure her boys had enough to survive. But when she felt the pressure of unpaid bills and an inability to change the situation she would sometimes crack. I remember once she took out her anger on Paul, one of the guys she had married. After all he had left us high and dry with bills to pay. Then one day out of the blue he showed up in a new car in front of our place. I’ll never forget when she took a baseball bat to his car and then turned it on him. By the time he drove off his car was trashed and so was he. We never saw him again. The only thing he left behind were his unpaid bills….and a trail of blood.

I know American poverty. I was raised in it and reared by it. To me poverty is not a theoretical subject for the seminary classroom, but the shaper of many of my childhood memories. Yes, we had people that helped us along the way, including my grandparents. But mom paid back every loan she ever got from them and the stress of it all took a huge toll on her. I think that’s why one of the only luxuries she allowed herself was a 2-pack-a-day smoking habit.

But in the midst of all this Jesus came walking in and changed everything. Through a variety of crazy circumstances my entire family ended up coming to Christ over a few short years.

My toughest uncle was reached with the good news first and the rest began to fall like dominos. Uncles, aunts, cousins…everyone eventually put their faith in Jesus. For the first time real and lasting hope entered my family and I was a firsthand witness to it all (that’s a big part of why I’m so passionate about Dare 2 Share and the power of the gospel to change lives!)

When my brother and I trusted in Jesus we began to share this message of hope with my mom. For years she resisted. She thought she was too bad for God to save. She especially felt guilty because she had lived a life of hard partying. I was the result of one of those parties. When she found out that the man she met got her pregnant she drove from Denver to Boston under the pretext of visiting family. Her real intention was to have an illegal abortion (this was before Roe VS Wade.)

But my grandparents found out, got ahold of her and talked her into having “that baby” (aka “me!”) That’s probably why she always looked at me with a look of guilt and maybe part of the reason she cried herself to sleep at night. She had almost taken my life in her womb and, as a result, felt unforgivable.

After years of sharing Jesus with her my mom finally relented (while smoking a cigarette at our kitchen table.) I had the privilege of leading my mom to Jesus when I was fifteen years old.

Over time my mom’s tears were replaced with a new and profound sense of joy. Jesus gave her (and us) hope both in this life and the next. It was this hope that made us feel rich for the first time. We were still poor financially but we felt like millionaires in the deepest part of our souls.

And now we had Somebody to talk to who would, not only listen, but could do something about our situation. My mom’s sense of hopelessness was replaced by a sense of anticipation and deep joy.

That’s why I don’t pay much attention to Christian theories of social justice that minimize the gospel message in the whole process of ministering to the poor. I would guess that many experts who’ve been perpetuating these theories have never been poor themselves. Some even try to make themselves poor (move to a poor part of the city, live on next to nothing, etc) so they can relate…but it doesn’t work that way.

You see poverty is not the absence of money. It’s the absence of hope. Self-induced poverty always has a way out. It can always reverse the situation when the experiment gets boring. Real poverty can’t.

Jesus brings the audacity of real and lasting hope into a hopeless world. That’s why providing food, clothes, job opportunities and money are not enough when it comes to social justice. These things may be a beginning but they are far from the end.

Don’t get me wrong, growing up I was deeply grateful for every helping hand our family received. I was personally blessed by adults outside our family who helped me make it through my poor upbringing. From taking me out to eat to giving me clothes to helping send me to camp every gift I received from Christians I knew growing up was appreciated. But it was the message of Jesus that truly gave me, my brother and, eventually, my mom a hope that we couldn’t shake.

So where do I stand on the “debate” of social justice and the Gospel? I stand with Jesus in Luke 4:18 said, “The Spirit of the Lord is on me, because he has anointed me to proclaim good news to the poor. He has sent me to proclaim freedom for the prisoners and recovery of sight for the blind, to set the oppressed free.“

We shouldn’t separate preaching the Gospel, serving the poor, healing the hurting and helping the oppressed. We should preach the Gospel with our lives and our deeds.

Feed the hungry, clothe the naked and give jobs to the poor. But please don’t leave Jesus out of the social justice equation. Provide the hungry with bread for their bodies and then give them The Bread of Life for their souls. Provide the thirsty with water to quench their physical thirst and then give them The Living Water for their spiritual thirst. Build the homeless a house here on earth and then build them one in heaven.

Preaching the Gospel and serving the poor were both priorities for Jesus and the disciples. While Jesus’ primary purpose according to Luke 19:10 was to “seek and save that which was lost”– he fed the poor, healed the sick and touched the hurting along the way.

Even the apostle Paul, who has also been accused by some of being a heartless fundamentalist, made feeding the poor a high priority. I love this passage in Galatians,

“And the leaders of the church had nothing to add to what I was preaching. (By the way, their reputation as great leaders made no difference to me, for God has no favorites.) Instead, they saw that God had given me the responsibility of preaching the gospel to the Gentiles, just as he had given Peter the responsibility of preaching to the Jews. For the same God who worked through Peter as the apostle to the Jews also worked through me as the apostle to the Gentiles. In fact, James, Peter, and John, who were known as pillars of the church, recognized the gift God had given me, and they accepted Barnabas and me as their co-workers. They encouraged us to keep preaching to the Gentiles, while they continued their work with the Jews. Their only suggestion was that we keep on helping the poor, which I have always been eager to do.”    Galatians 2:6-10

One of the reasons I love this passage so much is because it seems to give us the order of priority we are to follow. Like Paul, our primary responsibility is to preach the gospel. But also, like Paul, we have a legitimate duty to help the poor and hurting. We should be eager to do that very thing.