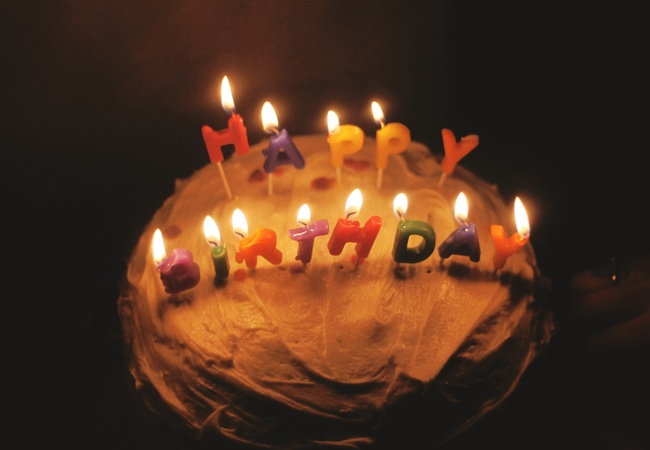 Just like Joshua and crew piled up 12 stones (one for every tribe of Israel) as a memorial to God’s faithfulness after crossing the Jordon river into the Promise Land, I’m listing 25 of the Dare 2 Share mile “stones” as markers of his grace and provision over the last 25 years. So, in chronological(ish) order, here they are:

1.  The provision of a building, computers and equipment when another non-profit that was closing down was absorbed by Dare 2 Share during our first year of ministry. This gave us a base of operations and some much needed resources to begin doing ministry more effectively.

2.  Our first evangelism training conference for teenagers during the Spring of 1992 at Riverside Baptist Church in Denver. We had 100 teenagers attend in an auditorium that seated 2,100. Our second evangelism training conference at Calvary Evangelical Free Church was in the Fall of 1992. We had 75 in attendance. Our third conference was held at Bellview Bible Chapel in Englewood, CO in 1993. We had 11 in attendance.

Trying to encourage me over our low attendance, our President, Jonathan Smith, told me, “God brought the number he wanted.” I snapped, “I think he wanted more than eleven! There were twelve stinkin’ disciples.”

We had 75 in attendance at our fourth conference at Bear Valley Church in Littleton, Colorado. During this event I accidentally shot the crowd with a pepper spray gun (long story.) But, in spite of my stupidity, souls were saved, teenagers were trained and we didn’t get sued!

3.  Traveling for those first sketchy, no-budget years doing training conferences with my life-long friends, Rick and Shelly Long. We did this along with special effects and sound guru, Brad Holder (now with the Lord) as well as the Stauffer brothers. We carried our sound equipment and props on a small trailer in the back of a Dodge truck and covered it all with a tarp. Back then our production resources were mostly prayer, creativity, a few portable speakers, a foot locker full of props and, of course, duct tape.

6.  After realizing that “Warriors for Christ” was a name that carried some violent connotations (can you say “Jihad for Jesus?”) we officially changed the name to Dare 2 Share. Interesting side note: Our second choice for a ministry name was “Breaking the Barriers!”) What can I say, we like verbs at Dare 2 Share!

8.  Having a brand spanking new 1998 Brooks and Dunn edition Volvo tractor-trailer truck donated to our ministry in 1997! We could fit all of our sound and lighting gear in the cab! A sound and lighting company who happened to go to the church where I was pastoring at the time offered to do the sound and light for 30 events free of charge in exchange for the truck. Deal!

9.  In the Fall of 1997 we did our first Dare 2 Share event in St. Louis, MO at North County Community Church. We had 247 in attendance and a huge stage presence complete with major sounds, lights and special effects!

10.  The Summer of 1997 we coordinated the evangelism outreach experience for Youth for Christ’s DC/LA Evangelism Super Conference. As a result, Dare 2 Share got “branded with thousands of youth leaders and tens of thousands of teenagers and collectively we had the privilege of sharing the Gospel with several thousand in the streets of Washington, DC and Los Angeles.

11.  In the Spring of 1999, we broke 1,000 in attendance for the first time at our Atlanta conference! I gave stuffed monkeys to everyone because now the monkey was off our backs!

12.  On April 20th, 1999 the Columbine High School massacre took place just outside of Denver (where I live). After much prayer, consulting with my wife and trusted advisors, I resigned from the church that I was pastoring (and helped to plant a decade earlier) to do Dare 2 Share full-time. It was one of the hardest but most important decisions I’ve ever had to make.

13.  The privilege of traveling with Danny Oertli for several years starting around 1999 and traveling with us for almost a full decade. His worship excellence and life story had a huge impact on me and thousands of teenagers during these growing years of ministry impact.

14.  Traveling with Rolly Richert and Holly Ingels, world class program producers, who took the Dare 2 Share conferences to the next level and helped us effectively reach, train and impact more teenagers for Christ. Rolly went to be with the Lord a few years ago, but Holly is still helping us produce our events! We are so grateful for them both!

15.  I wrote my first book, Outbreak…Creating a Contagious Youth Ministry, in 2002 with Moody Publishing. It was based on the book of Acts, viral evangelism and the movie “Outbreak.” Our unofficial theme was “Be the monkey!” This not-so-subtle reference to the movie was about spreading the message of Jesus with viral velocity and provided my first real entry into training youth leaders to lead the way when it came to evangelism.

16.  Partnering with the Billy Graham Evangelistic Association in the Summer of 2002 to train 240 teenagers and youth leaders from across the nation at our first week-long training event at The Cove in Asheville, North Carolina. This event was completely subsidized by the BGEA and gave us confidence that we had enough training content to effectively equip teenagers for a full week.

17.  In 2003, we were able to train over 172,000 men to share their faith across the nation through the Promise Keepers events held from coast to coast. This provided a great ministry opportunity for me and branded Dare 2 Share as a ministry to tens of thousands of dads, sons and youth leaders across the nation.

18.  In 2004, we received our first (and only) million dollar gift which helped us build an infrastructure for rapid growth! A businessman and ministry partner called me out of the blue and gave me the heart-stopping, soul-shaking, kingdom advancing news while I was on the way to the airport! What a blessing!

19.  Doing the evangelism-centered “Reality Series” Gospel Journey and Gospel Journey Maui. Not only did these ground breaking, one-of-a-kind video curriculums reach tens of thousands of teenagers with the Gospel, they introduced us to Zane Black. As a result, Zane began to travel with Dare 2 Share and has become one of my closest friends as well as a much depended on ministry partner. God is using him across the nation in powerful ways!

21.  We learned the importance of prayer as a lead value after The Great Recession of 2008. Because of massive donor drop-off (due to the recession), we almost didn’t make it as a ministry during this time. God used this recession as a progression to our faith and to teach us to lead the way on our knees. This lesson has greatly impacted everything we’ve done since. Our #1 value is now Pray First!

22.  In 2012, Dare 2 Share did our first Lead THE Cause full-week training event at Colorado Christian University. Here, we trained students and leaders how to trigger, sustain and spread a Gospel movement! Since then, we’ve partnered with Sonlife to build a training week that can be multiplied across the country!

23.  In 2013, we commissioned a massive research project of youth ministry and evangelism. We discovered that, while our conferences were very effective in inspiring teenagers to evangelize, they were not as effective in the long-term results. We began to shift our focus to doing deeper youth leader trainings, more Lead THE Cause events, building a Certified Trainer program that could be scaled nationally and, eventually, decided to do Dare 2 Share Live starting September 2017. This live event will, by God’s grace, be broadcasted live from Denver to countless cities across the nation and turn teenagers loose to share their faith from coast to coast at the exact same time (Coming September 2017!) During this research project, we also discovered the seven values that were evident in every thriving youth ministry. These youth groups were growing both spiritually and numerically because of these values they were implementing effectively. Since then we’ve developed an app, website, book and curriculum based on these seven values and what it means to “Gospelize” a youth ministry.

24.  We headed to Israel in 2015 along with 180 ministry leaders with the Global Youth Initiative to walk where Jesus walked and conspire with key country leaders to gospelize their young people! Here, not only did God put it in my heart to begin to really “go global” with Dare 2 Share but God put it in Debbie Bresina’s heart to become the President of Dare 2 Share (which I’ve been bugging her to do for the last five years!) Soon after, the board appointed her as President! Now I’m the CEO/Founder/Preacher. She is leading the organization and I am representing and fueling the Gospel Advancing movement!

25.  In August of 2016 (just last month!), the board of Dare 2 Share voted to say “YES” to a new mission statement that would open up our ministry to make a global impact, “Energizing the Church to mobilize their youth to gospelize their world!” Their directive is not to “go international” in the traditional sense but to identify key leaders across the world, train them through Lead THE Cause and work with them to adopt, adapt and implement our training in their ministry contexts. As a result, our prayer is that every teenager everywhere can hear the Gospel from a friend!

There are so many more milestones I could share about (apps developed, open ministry doors nationally and globally, key people mobilized, etc), but this post would be way too long! There are so many key people that made these last 25 years possible, from current to former staff members and board members, to our great volunteers and our worldclass volunteer staff, to our prayer and giving partners, to the countless Gospel Advancing youth leaders from coast to coast. I am grateful for every last one of them!

The last 25 years have been a wild ride. And I am convinced that all of it has led to this moment. I believe we are standing before a growing and explosive movement of Gospel Advancing, Disciple multiplying youth leaders and teenagers who will saturate this planet with the Good News of Jesus!

If God has used Dare 2 Share to minister to you over the last 25 years in some way please leave a comment and share your story of impact. Also, consider joining our prayer/donor team. Your partnership is needed now more than ever as we launch into an exciting future to gospelize this world! And, of course, if you are a youth leader…it’s time to Gospelize!