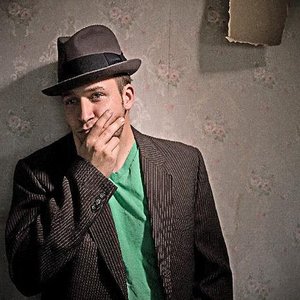 The Dictionary defines HT’ as an internet acknowledgement that means “…either ‘Hat tip’ or ‘Heard through.” For instance, if a person Tweets a quote they heard from someone else they can put HT’ before the name of the person they heard it from as an act of online courtesy.

I love the idea of HT’ as “Hat tip.” That word picture carries a quiet sense of dignity and respect. It recognizes a person for their contribution.

For the last 14 years I have had the immense privilege of working side-by-side with the most talented actor/director I know, Paul Romig-Leavitt. While he has never taught a session at Dare 2 Share he has been the tour-de-force behind the high powered dramas that have impacted so many young lives at countless conferences over the years.

He can be hilariously funny (The Amish Rapper in “Scared Sterile”) and heart-stoppingly dramatic (the defense attorney in “Judgment Day.”) But as powerful as an actor as Paul is he’s an even better writer and director.

Although Paul and I often view things very differently we have been able to master a beautiful give-and-take dance as writing partners over the years. I always want what I call “the chill factor” in a drama (that moment that builds to a goose-bump-inducing ending) and Paul wants realism combined with character development that pushes toward a climax that is deeply thought provoking. The result has been very powerful Friday night dramas at our Dare 2 Share conferences.

Both of us love to make people laugh but have different senses of humor. My style is more Three Stooges and his is more Kristen Wiig. I love straight up slapstick and he loves awkwardly quirky. Again, the mixture has exploded into our sketches to produce laugh-out-loud and did-they-just-say-that humor that teenagers and adults alike have appreciated.

Paul has made me a better writer and thinker. He has sharpened the skills of many actors and actresses over the years. He has taken good actors and made them great. He has become a stage sage who uses the platform as a blank canvas to paint a picture for the audience while investing in the lives of those he acts with to make them, not just better actors, but better people. Every tour he becomes a rabbi with a new set of dramatic disciples…and lives have been transformed as a result.

This is Paul’s last year with us on the road as an actor and director. After 14 years of working with someone who has been so central to the success of Dare 2 Share what can I say but “I thank God for you Paul Romig-Leavitt.”

For some reason when I think of a Hat Tip I don’t think of Twitter. I think of a gentlemen from the 40’s wearing a nice suit and a Fedora style hat, tipping his hat toward someone he’s acknowledging. I think of a subtle but powerful acknowledgement of one person to another for their act of sacrifice and love. I think of a wordless action that is full of depth, meaning and class.