5 hints for using humor when speaking to teenagers 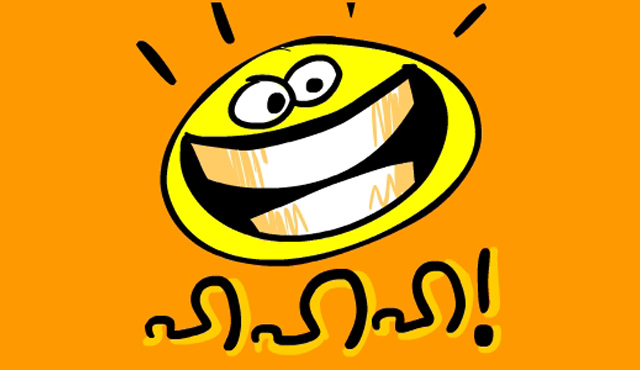 Humor is a great tool to use when communicating God’s Word to teeenagers (or anyone for that matter.) It breaks down barriers, captures attention and gets the audience’s adrenalin kicked into high gear. As a result, teenagers are more ready to receive what you are seeking to teach them from God’s Word.

With this in mind here are five tips for using humor when teaching teenagers:

How many times have you wanted to tell that one really funny joke to someone but forgot how it really started? Or maybe you forgot the middle part or that one word that was key to making the joke work?

You see jokes are all about sequencing and timing. Get the wrong sequence or say it with the wrong timing and the laughter you hear won’t be from the joke you told but the joke you’ve become to your teenagers.

Now some people are really gifted at telling funny jokes. If that’s you then go for it. If it’s not you (like me) then you might not want to take the joke-telling risk.

Telling a funny story is much easier than telling a funny joke. Quite simply, they are harder to screw up. If you can learn to tell them well, stories will get your audience ready to dive deeper into the rest of what God has given you to say.

I was born into a family full of story tellers. Some of my most fond memories are of sitting around a large dinner table listening to my big, bicep-bulging uncles tell stories of their fist-fighting feats. Their stories included references to bar room brawls, black eyes, cracked teeth, broken bones and the like. But, believe it or not, the way they told these stories was hilarious…in a gangster sort of way.

It was listening to my uncles tell stories about their street-fighting exploits that turned me into the storyteller that I am today. As a result storytelling is core to my style of preaching.

How do you learn to get better at telling funny stories if you are not used to doing that in your youth talks? Think of how you tell a funny story to your best friend then learn how to translate that same tenor and tone into the talks you are giving to your teenagers.

3. Have a serious point to your hilarious story.

Tell a funny story and, at the end, make a transition to your serious point. The story/joke should never be about the story/joke. It should open the door to the point you are going to be making to the audience in that particular talk.

I have a story I have often used about a funny friend of mine named Art who used to always embarrass me. One day in a movie theater public restroom (as I watched from the safety of the bathroom stall) I watched Art sneak up on a guy from behind while the guy was standing at a urinal taking care of business.

He grabbed the guy by the shoulders, shook him and said, “What in the world are you doing here?” He then turned him around and yelled in embarrassment, “You are NOT my friend!” The guy literally ran out of the bathroom screaming, “I’m your friend dude! I’m your friend!”

He left a trail we could follow and, I’m sure, will never use a public restroom again.

Art is my embarrassing friend.

After I tell this story I ask the audience, “Is Jesus your embarrassing friend?” The audience goes from laughing uncontrollably to thinking deeply. I use that moment of sobriety to dive deeply into the reality that Jesus is the embarrassing friend of many Christians and, as a result, they don’t share their faith with others.

Our funny stories should help lead to serious points.

4. Make fun of yourself.

I think one of the best kinds of humor is self-deprecating. There’s something about making fun of something stupid you’ve done or said that endears you to the audience and makes you one of them. This empathy builds a bridge for communication…especially with teenagers.

If you’re the hero of every story you tell then something is wrong. Jesus is the one in the suit of armor and we are, at best, his bumbling pages. But he chooses to use us in spite of our goofs, missteps and inadequacies.

Helping teenagers that God can use anyone (especially you) breaks down cynical walls and opens closed hearts.

I’ve heard a lot of youth communicators who have become a slave to humor. It seems like these speakers want to be professional comedians more than communicators of God’s Word to the next generation.

My rule of thumb is this: Use the first 10 minutes or so of my talk to get the audience laughing. After this, for the most part, I set humor aside and preach. The humor hooks them. But the Word of God and Holy Spirit does the real work of transformation.

I have a simple theory. Once the audience laughs hard they are much more likely to listen closely. The need for humor becomes less and less as you progress through your talk.

Refuse to become a slave to humor. Let humor serve you as you serve the Lord by clearly communicating God’s Word to your teenagers.

These are my 5 hints for using humor when talking to teenagers. Is there anything I missed?