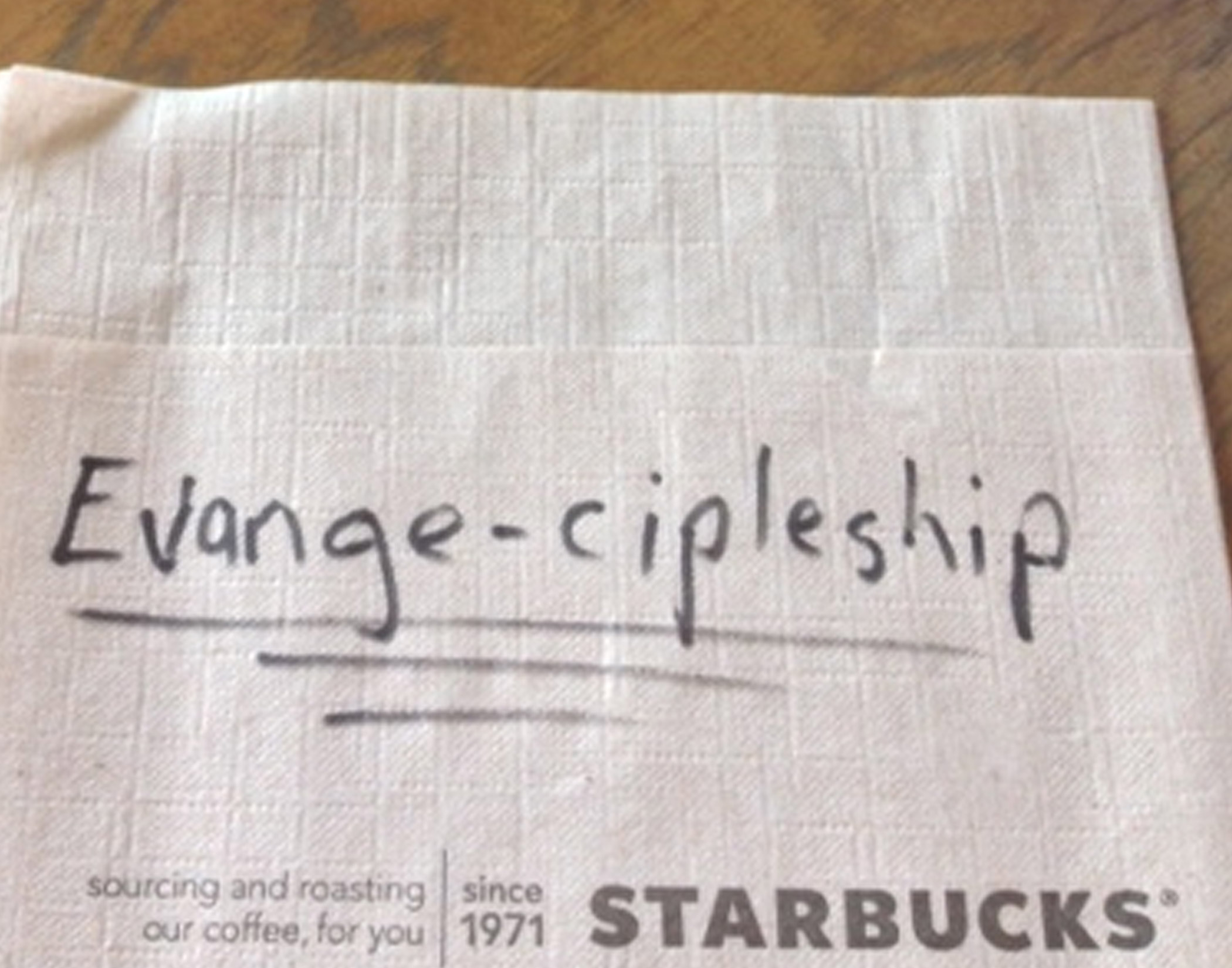 Okay, the word is kind of corny but it communicates my point. And what is that exactly? Simply this: When teenagers are equipped and unleashed to share their faith it is the ultimate discipleship accelerator.

It’s exactly what Jesus did with his disciples in Matthew 10 immediately after he appointed them as apostles. He chose them as leaders and immediately deployed them as evangelists. What they learned on the road sharing the gospel was infinitely more than any rabbi could ever teach them sitting in a synagogue.

But Jesus did more than deploy them, he trained them along the way.

He trained them not to be impressed with the “sizzle” of miracles but to be more in awe of the “steak” of salvation (Luke 17:10-20.)

He gave them a crash course in systematic theology as they launched on a 3 year long evangelistic campaign together. He fed them doctrinal meat in bite-sized pieces. It was just the right amount of spiritual protein to fuel their evangelistic efforts and transform them personally at the same time.

What worked for Jesus and his disciples can work for you and your teenagers too. But you have to be willing to risk and get your teens to risk as well. Because without risk there is no real discipleship, there’s simply an information download.

I love what Tim Keller tweeted a few weeks ago about discipling teens. It went something like, “Teenagers have a lot of information about God, but little experience of him. Teens need to be put in positions where they are forced to rely on God.”

What puts teens in these kinds of positions? I submit that nothing puts teens in a position where they are forced to rely on God like relational evangelism among their peers. Yes, even more than mission trips! If you give the typical Christian teenager the choice between going to the Amazon and building mud huts for the poor while fighting off pythons and jaguars or going to their school cafeteria and dropping the “J bomb” on a group of friends, most teens would choose the pythons.

Most would rather risk getting choked out by a giant snake than getting choked out of their social circle. But it’s that very risk that makes evange-cipleship so effective. It forces them to rely on God and use all of the information you’ve downloaded into their minds to reach their friends for Jesus.

It’s time to erase the lines that blur evangelism and discipleship. It’s time for evange-cipleship.

And, yes, that word’s still corny. But the concept is transformational.