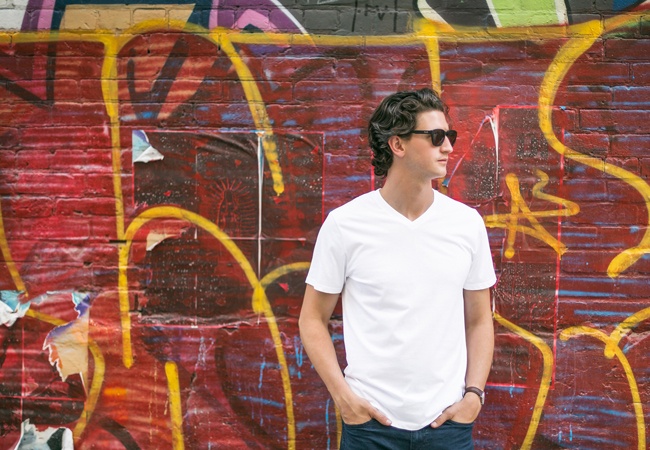 “After much discussion, debate, and research, the Oxford Dictionaries Word of the Year 2016 is post-truth — an adjective defined as ‘relating to or denoting circumstances in which objective facts are less influential in shaping public opinion than appeals to emotion and personal belief.'”  Oxforddictionaries.com

Though lexicographers  have applied this word primarily to politics, I have seen it in the world of evangelism in visceral ways. That is, we live in a post-truth culture where truth has lost its positioning in this world.

So what does this mean for evangelism? To give us guidance, we go back to the story of the Apostle Paul in Acts 17. At the beginning of the Acts 17, Paul is speaking to fact-driven Jews who valued truth. Knowing this ,Paul goes straight to their trusted Old Testament scrolls and began to make a methodical case for Christ being the Messiah. But in the second part of Acts 17, you see an interesting shift: Paul preaching to truth-eschewing, pagan philosophers in Athens. Much like today, these philosophers indulged themselves in complicated nuanced beliefs that oftentimes failed to be consistent and would clash with one another.

We can learn from how Paul reached out to these post-truth philosophers and apply it to our own context. Here are four ways to engage a post-truth culture.

“So Paul, standing before the council, addressed them as follows: ‘Men of Athens, I notice that you are very religious in every way, for as I was walking along I saw your many shrines. And one of your altars had this inscription on it: ‘To an Unknown God.’ This God, whom you worship without knowing, is the one I’m telling you about.”  Acts 17:22,23

Instead of railing on them for their many false gods, Paul listens carefully and looks closely at their beliefs and finds common ground in the altar of the “Unknown God.” He compliments them for being so religious and then tries to reveal who the “Unknown God” is in a compelling way.

In the same way, we must try to find common ground with this post-truth culture. At Dare 2 Share, we train Christian teenagers to use a simple strategy with their unreached friends called “Ask-Admire-Admit.” We equip them to ask questions in a humble way in order to establish a relationship and discover what they believe. Then they look for things they can admire (i.e., the altar to the unknown god), and, finally, we train them to personally admit the reason for becoming a Christian is that they’re so messed up they need Jesus to save them.

This approach works extremely well for a post-truth culture. It finds common ground to build on in a humble, healthy way.

2.  Quote the poets they love and listen to.

Think of the spiritual yearnings behind much of U2‘s lyrics.

Think of the supernatural themes in movies like the “Paranormal Activity” film series.

Think of redemptive analogies in TV series like “The Walking Dead.“

Mine for spiritual themes in movies and music so that you can use these truths to engage a post-truth culture.

In Paul’s gospel presentation, he unveils the Lord as a loving Creator (v. 24-26), a caring God (v. 27-29) and a just Judge (v. 30-31.) These descriptions of God create warm feelings as well as a good kind of tension. That is to say, God is loving toward His creation, but is also the Judge over our sin. Paul’s description of the gospel provides an emotionally charged and spiritually compelling story that invites the audience in to ponder what he is saying. He puts the tension center stage by illustrating how the Judge of sin sent his own son to die in the place of a planet full of spiritual criminals (v. 31.)

The more we can tell this story as an emotionally compelling masterpiece, the more effective we will be at reaching those steeped in a post-truth culture.

Two weeks ago, I was on a plane trip to Austin, Texas, for a Dare 2 Share Youth Leader Training. Sitting next to me was a guy traveling to an Ironman competition. After some small talk, he put on his headphones. I figured the door was shut for a gospel conversation, but after landing, he took off his headphones and we began to chat again.

Eventually he asked me what I did, and I shared that I was a preacher. He seemed surprised. I shared with him the gospel as a love story that just happens to be true. After a few minutes of explaining the gospel message, he said, “My brother is a ‘born againer’ and he has totally ripped our family apart. I guarantee you that it would have been a way different type of conversation if he was sitting next to me on the plane. I like the way you explained Christianity. I will read this book (I had given him a Life in 6 Words outreach book) and think about what you shared with me.”

If I would have had more time with him, I could have broken out some Lee Strobel caliber, researched facts for him to consider, and I guarantee you he would have been open to it. Why? Because I had established a relationship, positioned the gospel as a love story and communicated it in an emotionally compelling way.

Apologetic arguments are needed now more than ever, but they must be presented as the “P.S” to the love story of the gospel instead of the opening line.

If we are going to reach this post-truth culture, we can’t be perceived as “born againers” who cram the gospel down people’s throats. We must speak the truth with genuine love and humility by sharing the gospel as a love story that just happens to be true.

For help in engaging this post-truth culture, you may want to pick up the Dare 2 Share Field Guide. Inside you will find tools for adults and teens to engage—not enrage—this generation with the timeless message of Jesus.