Does your youth ministry suffer from “the veneer of success”? 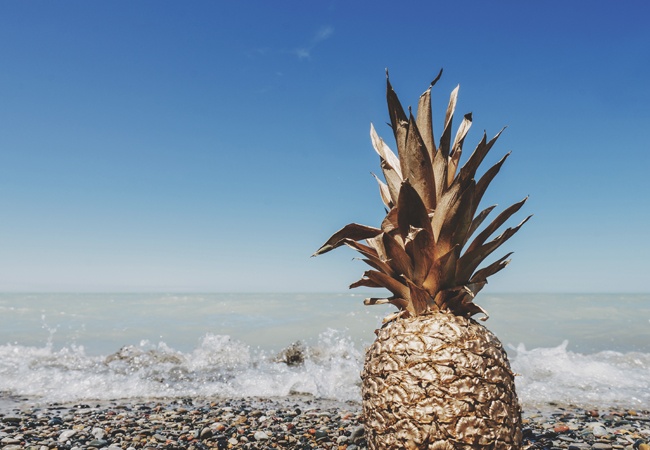 The dictionary defines a veneer as, “an attractive appearance that covers or disguises someone or something’s true nature or feelings.”

Sadly, I believe that there are many youth groups that have installed a veneer of success over something far less attractive. These youth ministries seem successful because of certain externals, but underneath it all there is a less-than-effective reality.

Youth ministries that suffer from the veneer of success have three characteristics in common:

1.  They gauge their ministry success on the wrong numbers.

“And the Lord added to their number daily those who were being saved.”  Acts 2:47

We all know that attendance is a big way that many youth leaders gauge their effectiveness. But bigger doesn’t necessarily mean better.

It’s what I call the “Flaming Poodles Effect.” Just because I can draw a large crowd by juggling flaming poodles doesn’t mean that I should or that it’s good. Short term growth can be manufactured by games, goofiness and high tech gimmickry. But if disciples aren’t being multiplied as a result, then the large crowds are just gawking Christians, most likely from other youth groups in the area who don’t have the same whiz-bang production values.

Let me illustrate it like this: Imagine two youth groups, one of 200 teenagers and one of 20. Upon first glance the bigger one looks better (on an outreach level anyway.) But let’s say 10 teens of the 200 were led to Jesus through that youth group’s efforts while 10 of the 20 teenagers in the other youth group came to Christ from those 10 teens reaching 10 others. The smaller group experienced 100% new conversion growth while the larger group produced 5% growth due to new disciples being added to their number. In this particular scenario the smaller youth group is literally 20x’s more evangelistically effective than the larger group.

Bigger is not always better. And mere attendance is not the best gauge of ministry success.

2.  They base their ministry philosophy on the wrong premise.

Youth ministries that suffer from the veneer of success often have a ministry philosophy that embraces the premise that if they can just disciple their teenagers enough, then these teenagers will begin to share their faith naturally. When I talk to these youth leaders the conversation usually goes something like this,

Them: “Well, I’m really more concerned about my kids getting disicpled before I just send them out to share the Gospel.”

Me: “So you think that they need more Bible studies, more teaching, more training and more time to mature before they can share their faith effectively.”

Them: “Yes, that’s pretty much what I’m saying.”

Me: “So, how’s that worked out for the adults in your church? They’ve gotten tons of Bible Studies, teaching and training. Are they actively sharing their faith as a result?”

At this point I can pretty much drop the mic and go home because the argument is won.

When teenagers begin to share their faith they are risking social equity (i.e. dying to themselves), depending on the Holy Spirit (because they’re terrified), studying God’s Word (to know how to answer their friends’ questions) and worshipping God from the depths of their hearts (because they’ve witnessed God’s power in the evangelism process.)

3.  They create a ministry strategy based on the wrong values.

“When they arrived, he said to them: ‘You know how I lived the whole time I was with you, from the first day I came into the province of Asia. I served the Lord with great humility and with tears and in the midst of severe testing by the plots of my Jewish opponents. You know that I have not hesitated to preach anything that would be helpful to you but have taught you publicly and from house to house. I have declared to both Jews and Greeks that they must turn to God in repentance and have faith in our Lord Jesus. And now, compelled by the Spirit, I am going to Jerusalem, not knowing what will happen to me there. I only know that in every city the Holy Spirit warns me that prison and hardships are facing me. However, I consider my life worth nothing to me; my only aim is to finish the race and complete the task the Lord Jesus has given me—the task of testifying to the good news of God’s grace.”  Acts 20:18-24

Tucked away in this passage is the Apostle Paul’s ministry operating system. Here, we see his commitment to being sensitive to the Spirit through prayer, engaging in relational evangelism on a regular basis, modeling a life worthy of God for others to follow, multiplying disciples, measuring the right outcomes and programming his God-given priorities…all to accomplish a massively big vision.

Jesus incarnated these 7 values in powerful ways in the Gospels. And Paul, as well as the other apostles, lived them out in the book of Acts.

For help in creating your own Gospel Advancing, disciple multiplying ministry strategy, take the diagnostic on gospeladvancing.com. Then start taking the steps necessary to re-orient your ministry strategy back to this radical and “new “ministry philosophy (that’s actually 2,000 years old!)