Bringing revival to the church sanctuary through the youth room 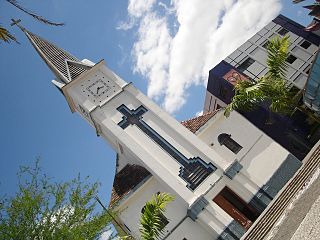 God has a history of using the “un” ones to accomplish unlikely missions and those who are considered “foolish” to accomplish fantastic feats.

Think about how He did just that throughout the pages of Scripture. He used…

And throughout church history, he has done the same! He captured the heart of a sixteen year old slave named Patrick who eventually shook Ireland (along with an army of teen and twentysomething preachers) for Christ.

He used John Wesley to recruit radical circuit riders (many of whom were uneducated and some of whom were teenagers) to preach the Gospel across America.

According to Jonathan Edwards, preacher and scribe of the 1st Great Awakening, “the revival has been chiefly amongst the youth.”

This is exactly what I’m starting to see across America today in powerful pockets of transformation. Teenagers are leading the way and the adults are noticing…and some are even coming along for the revival ride. I’m also starting to see more and more Lead Pastors attending our Gospel Advancing youth leader training events.

I remember asking one Lead Pastor (who was seminary trained and has been in ministry for 30 years) why he was attending an event designed for youth leaders. His answer was that he has been watching his youth leader apply the philosophy of ministry he learned through Dare 2 Share and has been deeply impacted by the results. He told me that he is seeing in the teenagers at his own church what he wants to see in the adults. That’s why he decided to attend this youth leader training event as a student!

Wow! What humility! He came to the “kiddie” table to learn! It’s this brand of humility and teachability that can make this movement echo in the sanctuary as well as the youth room!

Youth leaders, regardless of whether or not it catches on churchwide, let’s set the pace for our churches. May our youth ministries be a microcosm of what the entire church should look like. Let’s apply the seven values of a Gospel Advancing ministry in our youth rooms and pray that it spills over to the church sanctuary!

Wouldn’t it be just like God to bring churchwide revival through an army of twitchy teenagers? After all he loves to use “foolish things.”