The 4 Traps of Youth Ministry 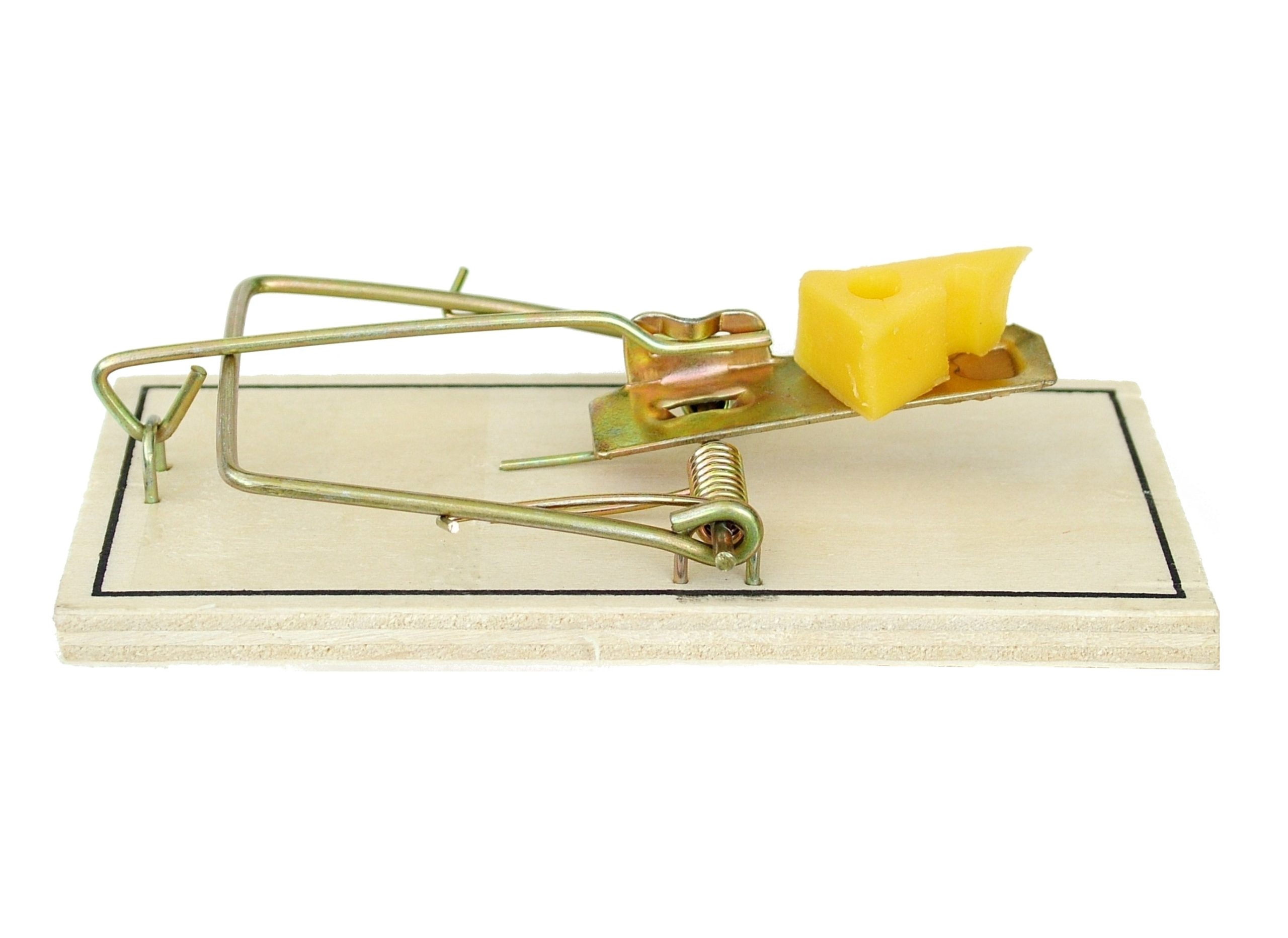 I’ll never forget the game Mousetrap growing up. Up to four players would build and design a “mousetrap” of sorts with all sorts of plastic pieces and contraptions on a game board. The fun began once the mousetrap was fully built and everyone would turn on each other. The goal was to lure your opponent into the trap with fake pieces of cheese (that served as a mouse currency of sorts) and then trap them!

It was a fun game…when I was seven years old anyway.

But it’s certainly not any fun witnessing youth leaders get trapped in this “game” called youth ministry. Our opponent, Satan himself, is out to win. He will lie, cheat and trick to come out on top. He will lure youth leaders into his traps with fake promises and premises. What makes all of this very real is that we are not competing for fake pieces of cheese, but for the precious souls of a generation of teenagers!

I am personally convinced he has crafted four primary traps that can keep youth leaders from becoming deeply impactful over the long-term. Far too many youth leaders have fallen victim to his shrewd gamesmanship.

What makes these traps especially deceiving is that they aren’t necessarily sinful, they’re just not optimal when it comes to making and multiplying young disciples. Satan would much rather trap our teens in a youth ministry that is typical and traditional than risk them getting involved in one that is actually advancing the gospel deeply into their own souls and widely in the communities in which they live.

So, with this as a backdrop, here are 4 traps that far too many youth ministries fall into…

Many youth leaders are under the impression that youth ministry is a field of dreams of sorts. They think they’ve heard the whisper “If you build a youth ministry teenagers will come” but that is not necessarily true.

Teenagers today are busier than ever. As the father of a fifteen year old and a twelve year old I am blown away by how many opportunities and responsibilities teenagers have today. Youth leaders worth their salt make their mantra, “If I build the right kind of youth ministry teenagers may come…but even then I will have to prayerfully scratch, scrap and scrape for every last one of them to show up!”

And what’s the “right kind of youth ministry” that I’m referring to here? One that reflects the values in the book of Acts (passionate praise, intercessory prayer, deep fellowship, relational evangelism, Scripture-saturated discussions, disciple multiplication, etc.) If you build a youth ministry that is full of the presence and power of God teenagers will, not only come, but they’ll bring their friends too.

These soon-to-be-trapped youth leaders will do just about anything to get a crowd of teenagers. They’re forced to constantly one up themselves through more and better games, activities, speakers, musicians, retreats, camps, anything and everything to push the numbers upward. They assume that bigger is naturally better. But just because I could juggle flaming poodles and draw a crowd of teenagers doesn’t mean it’s healthy growth.

Just because there are more teenagers doesn’t always equate to more souls being saved and more lives being changed. Sometimes this brand of youth meeting can draw teenagers away from other youth ministries in the area just because they have more pizza and pizzazz.

These trapped leaders tend to lighten up on teaching sound truth in an interactive way so their impact can be skin deep rather than heart deep. Like the seeds scattered onto hard ground in the Parable of the Sower they have no root and, when things heat up, these teens wither under the pressure.

Don’t get me wrong. There’s nothing wrong with big attendant numbers. With the right values marinated into a youth ministry model, bigger can be better, but without these values it is a trap.

This trap is a little more deceitful because it sounds so spiritual. Having realized the trap of being just another sanctified amusement park for teenagers, these youth leaders head into the complete opposite direction.

When this brand of youth leader says “numbers don’t matter” he/she is in essence waving the white flag of trying to get unreached teenagers there. While they go deeper into God’s Word rather than keeping it superficial (a good thing) many of these youth leaders have silently aquiesed to failure when it comes to outreach. They hide behind phrases like, “we are called to be faithful, not fruitful” which, by the way, directly contradicts Jesus promise in John 15:1-8 that staying connected to him will result in much fruit for the glory of the Father!

In a sense these youth leaders are right….numbers don’t matter, the RIGHT numbers matter! We should be less concerned about attendance numbers than we are about the percentage of new conversion growth in our youth ministries and specific metrics that reflect the spritual growth of our teens.

4.  The “Youth Ministry is Dead” Trap

There is a vocal minority of “experts” who are chanting “youth ministry is dead (or should be anyway)” to the point that some youth leaders have fallen into their trap. These youth leaders and church leaders have witnessed the ugly side of youth ministry so they’ve taken the cheese by falsely assuming that youth ministry has never been and will never be truly effective. Many of these leaders chant that it’s all up to the parents or integrating these teenagers into the overall life of the church or a combo platter of the two that is the answer to all that is wrong in youth ministry today.

The problem is that in today’s culture more and more of the teenagers we are trying to reach come from broken families. Many, if not most of them, have unbelieving or spiritually immature parents.

Youth ministry is needed now more than ever!

Of course we need believing parents taking the primary responsibility for the spiritual development of their own teenagers. And, yes, we need to integrate teenagers into the overall life of the church as much as possible! But, it’s not an either/or proposition. It’s a both/and solution!

We need teenagers reaching out to teenagers and diving into the discipleship process with their own peers! We need adults who are specially trained to minister to the unique needs of teenagers, effectively equipping them for the spiritual battles they are facing. We need youth ministry to be that farm club, that skunksworks project and that cultural barometer for the rest of the church. For more on this check out Mark Matlock‘s excellent article called Why Youth Ministry Really Matters.

These are four of the traps I’ve seen in youth ministry. What are some of the others I may have missed?