Youth Ministries that thrive have this in common 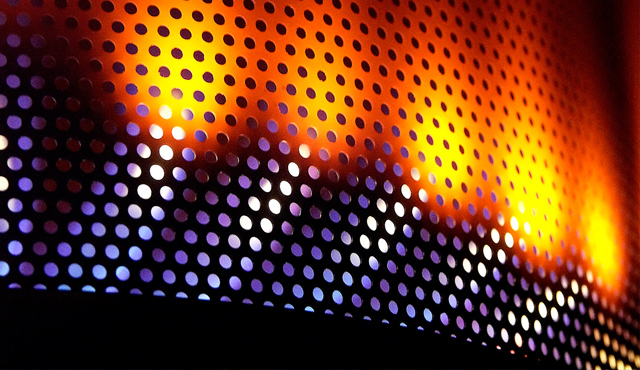 Although I am no longer a youth leader, I talk to youth leaders all the time. Connecting with youth leaders from all sorts of settings, denominations and backgrounds, is one of my favorite pastimes.

Over the last three decades of ministry at Dare 2 Share I have interacted with tens of thousands of youth leaders from all across the nation and, increasingly, from all around the world. In all of the conversations, I’ve noticed one thing in common with every youth group that is truly thriving (definition: “growing vigorously; flourishing“) when it comes to depth of impact and reach of students.

What is that one thing? (Drumroll Please) The youth groups that thrive have a student leadership team that is thriving.

Now, with all that build up, this common denominator may seem a bit anticlimactic. But think about this from two different perspectives: sociologically and Biblically.

Sociologically, according to the Rensselaer Polytechnic Institute, “Scientists have found that when just 10 percent of the population holds an unshakable belief, their belief will always be adopted by the majority of the society. The scientists used computational and analytical methods to discover the tipping point where a minority belief becomes the majority opinion.“

This report goes on to call this unshakable core group “true believers.” In other words, when at least 10% of a population goes all in for a cause and fully commits to a set of values, they become the thermostat for the entire group. The heat of their convictions warms up the other 90%.

What’s true of the populations of countries is true of the attendees of youth groups. If you can recruit a fully-committed-to-Christ, pick-up-your-cross, not-ashamed-of-the-Gospel core of students that hits or exceeds the 10% mark of your entire youth group attendance, you have an automatic spiritual thermostat that can crank up the spiritual heat in the hearts and lives of all of your teenagers. Listen to his words to the larger “youth group,“

“Large crowds were traveling with Jesus, and turning to them he said: ‘If anyone comes to me and does not hate father and mother, wife and children, brothers and sisters—yes, even their own life—such a person cannot be my disciple.  And whoever does not carry their cross and follow me cannot be my disciple. Suppose one of you wants to build a tower. Won’t you first sit down and estimate the cost to see if you have enough money to complete it? For if you lay the foundation and are not able to finish it, everyone who sees it will ridicule you,  saying, ‘This person began to build and wasn’t able to finish.’ Or suppose a king is about to go to war against another king. Won’t he first sit down and consider whether he is able with ten thousand men to oppose the one coming against him with twenty thousand? If he is not able, he will send a delegation while the other is still a long way off and will ask for terms of peace. In the same way, those of you who do not give up everything you have cannot be my disciples.Salt is good, but if it loses its saltiness, how can it be made salty again?  It is fit neither for the soil nor for the manure pile; it is thrown out.”

Here Jesus is laying out the requirements to be on his leadership team. He is looking for 10%ers who are 100% in, ones who were willing to love him supremely, die to themselves personally and give up everything they have for Christ and his cause willingly! Why? Because Jesus knew that on-fire core group was way more impacting than a half-hearted large group.

So, if Jesus is the ultimate example of a youth leader on mission, then why wouldn’t we follow his lead? Jesus impacted the crowds, but invested in the disciples. He programmed for the attendees but he poured into his student leadership team. He taught the 90% but coached the 10%. These core disciples became the beating heart of his ministry impact once he ascended to the Father and sent his Holy Spirit to fill and guide them.

What’s true of Jesus and his student leaders is true of you and yours. Invest in them heavily and they will change the world long after you are gone. Not only that, they will impact the crowds while you are still here.

For help in fast-tracking the process bring your teenagers to Lead THE Cause this summer (in person or virtual.) You won’t find a better way to identify, recruit, train and mobilize your future 10%ers than this one-of-a-kind event.