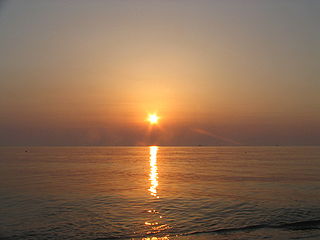 “But when the fulness of the time was come, God sent forth his Son, made of a woman, made under the law, to redeem them that were under the law, that we might receive the adoption of sons.” Galatians 4:4,5

I’ll never forget when my mentor and former theology professor, Jonathan Smith, used a short 3 point outline to unpack this passage to me. The outline he used was simply “Good day. Better day. Best day.”

“But when the fulness of the time was come, God sent forth his Son, made of a woman, made under the law….” Galatians 4:4

At just the right moment Jesus came to the earth.

It was the right time politically. Jerusalem was in turmoil and Jews were looking for and longing for a deliverer, the Messiah.

It was the right time spiritually. Many Jews had been beaten down by a religious system that used an ever-growing list of rules and regulations to control their behavior. If ever grace-with-skin-on was needed to offer hope to the sinner, it was then.

It was the right time historically. Alexander the Great, the conquering Greek emperor, had long since established Koine Greek as the world-wide trade language and the “Pax Romana” (Roman Peace) made it much safer for people of the ancient world to travel with much less fear of robbery. Both of these factors would ensure that the followers of Jesus could take the gospel world-wide.

It was the right time theologically. If you trace the birth lines of Mary and Joseph you’ll see clearly that both collide at David. This was a fulfillment of the promise in 2 Samuel 7:12-13 that someone from the line of David would rule on the throne forever.

If you trace the promise of the Messiah back to Isaiah 9:6 you’ll see that the birth of God in human form was predicted hundreds of years before it actually happened, “For to us a child is born, to us a son is given, and the government will be on his shoulders. And he will be called Wonderful Counselor, Mighty God, Everlasting Father, Prince of Peace.”

When the Son of God became the Son of man it was a good day. In the words of John, “God became flesh and dwelled among us.”

“…to redeem them that were under the law.” Galatians 4:5

It’s hard to imagine the day of Jesus’ crucifixion as a better one than the day of his incarnation. That dark day was not filled with shouting shepherds and rejoicing angels. Sure that barn stunk of cattle dung and hay but that smell reminded Mary and Joseph that God chose a humble entry into the world that he created.

As gruesome, unjust and bloody as that day was 2,000 years ago, it was a better day.

“…that we might receive the adoption of sons.” Galatians 4:5

The best day is when we are adopted into the family of God. When you put your faith in Jesus as the God-man who died for your sins and then rose from the dead you are forever forgiven. And you are also adopted into God’s own family.

Salvation is way more than just receiving a “get-out-of-hell” free card. It’s much more than just getting your ticket punched on the truth train to heaven. When you put your faith in Jesus based on his death, burial and resurrection you become a child of God with full rights and privileges. As John 1:12 reminds us, “Yet to all who did receive him, to those who believed in his name, he gave the right to become children of God.”

As a child of God you have direct access to the throne of God the Father because now he’s your Father. Through Christ you have as much access as Christ to the presence and power of the most powerful being in the universe.

You can call him “Daddy.” And your Daddy will never leave you or forsake you.

If you have never put your faith in Jesus and been adopted into the family of God you can sign the adoption papers right now through faith. His signature is already on it written in the blood of Jesus. All you must do is “sign your name” through faith.

If you’re ready to do that you can let God know your decision by simply saying these words to him right now,

“Dear God, I know I’ve messed up and sinned. I fall short of your perfect standard. But I believe that Jesus was who he claimed to be. I believe he lived the perfect life I could never live and died the death I deserved. I believe he rose from the dead and now offers me eternal life through faith in him. Right now I trust in him and him alone. I believe that all the sins I ever have committed or ever will commit are nailed to the cross. I receive your gift of eternal life right now through faith. Thank you for adopting me into your family and making me your child. In Jesus’ Name I pray. Amen.”

If you just put your faith in Jesus then you are forgiven, not because you said some prayer, but because you trusted in the only person on this planet who could save you from your sin, Jesus Christ. Now God is your Daddy and Jesus is your savior. You have a purpose on earth and an assurance of heaven. You can celebrate with the angels of heaven your adoption into the family of God. You can share with others this good news.