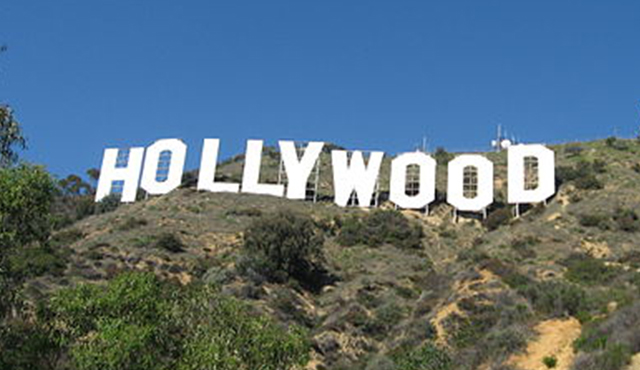 Hey, how are you. Sorry I’ve not written earlier. You know how things get, especially around the holidays.

Take a deep breath and don’t be nervous. This letter is not to confront you but to help you understand one of your newer target audiences…evangelical Christians.

I am a theologically conservative Christ follower who actually enjoys going to see movies. From the time I was in middle school I remember watching great films and being moved by the messages of many of them. The first time I saw a movie in a movie theater by myself was when I was 12 years old. It was the original Rocky. This movie was about more than just boxing. It was a powerful love story. It was about overcoming insurmountable odds. Tears were rolling along with the credits as I sat in that dark theater. I was so inspired I ran and shadow boxed all the way home with the Rocky theme music still blaring in my head.

Sure for every great movie there are a hundred not-so-great ones. But I’ve learned the art of deciphering beforehand through spot-on critics and trusted friends so that I don’t waste my time or money on mediocre or raunchy films.

Thank you for the good and sometimes great movies you have made over the years.

So when you started making movies that focused on appealing to faith-based audiences I was super excited. And you started with a bang. The Passion of the Christ was a bloody masterpiece. Sure, it made audiences cringe with its grotesquely high level of violence, but it also made us think about all that Jesus went through to pay the price for our sins and offer humanity hope. And the resurrection scene was the best ending (beginning?) ever!

We loved it! The box office numbers proved it.

Thus began an ever-increasing focus on reaching believers with movies that they will, not only attend, but bring their friends and family to see as well.

The secret was out. Christians enjoyed movies and will spend big money on tickets, popcorn and soda pop if the movies are wholesome and well made.

Sure you fumbled a few times. But that happens. You were trying and we, as Christians, appreciated that. Sony, for all its current problems, even has a faith division of movies now, Affirm films.

Yes, we know that you are in the movie/money making business. So, in light of some of the box office stumbles you’ve made recently (Noah and Exodus: Gods and Kings) I thought I’d pass on a little advice from a Christian who appreciates good film making and who is excited about the prospect of epic Biblical stories being turned into epic blockbuster movies. So, for what it’s worth, here’s my two cents (or maybe I should charge you $14.50 like you charged me for the last 3D movie I watched.) 🙂

1. Stick with the script.

And before you defend yourself with needing to create tension to make the movie more impacting, let me assure you that you can do that without changing the big points of the Big Book. Rock monsters who know how to build boats were not needed in the Noah movie. Whoever told you that may have thought that Christians like rock monsters because of one particular episode of VeggieTales.

And don’t even get me going on the Exodus movie. Actually I shared my thoughts on a blog not too long ago. The movie was a total let down to me and many of the Christians I watched it with. But I really wanted it to be good, even great. The previews were promising but the movie missed the mark.

Before I go on any further I want you to know that I understand that you have every right to make whatever kinds of movies you like. And be assured that preachers like me will continue to refer to many of them in our sermons, books and blogs. The Apostle Paul indirectly started this unlikely habit for preachers when he quoted a pagan poet to a group of Athenians in Acts 17:16-33. That particular poet had not adjusted his poem for a Christian audience but Paul quoted him anyway.

In the same way I, and many of my fellow communicators of God’s Word, will continue to “quote the pagan poet.” Why? Because people relate to movies and preachers relate God’s truth to people. Sometimes referring to a movie or showing a short clip of a movie to a church congregation can make the point way better than the preacher can.

But for us to show clips from Biblical epics it would be helpful if the movie was, well, Biblical. If you really want to appeal to a Christian audience with Bible-based movies then make sure the major points of the Bible story are kept in tact and honored.

2. Dive deeper into the side stories and relationships.

We Christians understand that you’re making a movie and that characters need to be developed and relationships explored. We know you need some creative license to make a two hour movie that is compelling. And, in some instances, you’ve done just that. For instance, the sibling rivalry that developed between Moses and the future Pharaoh at the beginning of the Exodus movie was promising. Did it actually happen in the Bible? No! The text indicates that Egypt had all but forgotten about Moses when he ventured back to have a showdown with Pharaoh (Exodus 4:19.) But most Christian audiences will give you a knowing wink when you color outside the lines a bit with backstories that are compelling. We understand that you’re making a movie and a movie needs character development. But when you start unleashing rock monsters that’s when we tend to check out.

3. Work with faith leaders from start to finish.

One of the things that Mel Gibson did well in developing and distributing The Passion of the Christ was working with faith leaders from square one. I’ll never forget being brought out to the Icon Productions studios to see an early release of the movie. We met Mr. Gibson and it was obvious he had a deep passion for the project. He and his team had done the groundwork of consulting and conspiring with faith leaders to make sure this movie was as impacting and far reaching as possible. We paid him back by helping to catapult this movie to the highest-grossing faith based film of all time even though it was rated R (gasp!)

You see Hollywood, we Christians love a good movie and we will bring all of our friends, family, neighbors and churches to a great one. Heck, sometimes we’ll even rent out entire theaters if the movie is strong enough. You stumbled out of the gates with two epic Biblical stories (Noah and Exodus) that could have been epic movies as well. But, please don’t give up, there are plenty more Bible stories to go.

Just think of the potential of movies about the book of Acts, the story of David vs. Goliath, Esther, Abraham and Sarah and so many more!

My hope and prayer is that you do these stories justice by making great movies of them. Their plots have stood the test of time for thousands of years. Their story lines are strong and compelling. They just need directors and studios who get them and get us. They don’t even need to believe the stories themselves. But they do need to believe that we believe them (because we do) and then make them with that in mind.

If you do this we will help you break even more box office records. We will fill up church vans and flock to the theaters. If you don’t that’s fine. We’ll just eat our popcorn at home and watch it when it comes out on Redbox.