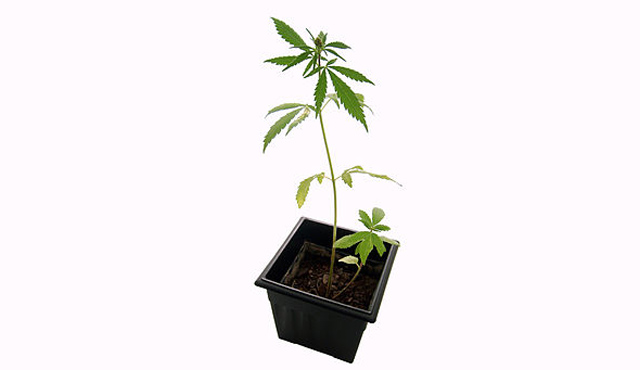 On January 1st my home state of Colorado will allow recreational marijuana sales and usage by anyone 21 years of age or older. Although this technically doesn’t include sales to teenagers many in our state (including me) are bracing themselves for the inevitable normalization more and more teenagers smoking weed.

Even today in the Denver Post I read the response of Dave Logan, the well-known football coach at Cherry Creek High School in the Denver area. He said, “For years, whether it’s drinking, or now with pot being legalized, it trickles down, unfortunately, to ninth-,10th-,11th- and 12th-graders.”

And trickle down it will, not just to teenagers in Colorado and Washington, but across the nation. More and more teenagers see using pot as “not a big deal.” According to the Denver Post (quoting Federal officials), “High school seniors who view marijuana as a risk fell to just under 40 percent.”

As the father of a young man who is about to turn 13 on January 30th and the President of a ministry that trains tens of thousands of Christian teenagers from across the nation annually, this is a big deal to me. Both as a dad and youth ministry leader I want to help teenagers (and other youth leaders) think Biblically about marijuana use and it’s impact on society.

As I travel the nation I talk to more and more youth leaders and parents who are struggling with this same issue. How are they supposed to tell their teenagers to “pass on grass” when two state governments are telling adults the Cheech and Chong weren’t all that wrong? More and more even Christian teenagers are wondering what’s all that wrong with smoking weed.

If you’re a youth leader (or parent of a teenager) I want to give you three reasons why your teenagers should “just say no” to marijuana and four action steps you can take to prepare them for the increasingly smoke-filled world they are going to be living in.

With this as a backdrop here are 3 reasons your teenagers should not smoke marijuana:

1. It’s illegal for them to engage in recreational marijuana use.

Currently in Colorado anyone who smokes marijuana recreationally must be 21 years old or older. That means that it’s illegal for teenagers to smoke it. And the Bible makes it crystal clear that God wants us to be obedient to the laws of the nation in which we live (as long as these laws don’t bring us into direct violation of a command of God.)

Romans 13:1-5 puts it quite bluntly, “Let everyone be subject to the governing authorities, for there is no authority except that which God has established. The authorities that exist have been established by God. Consequently, whoever rebels against the authority is rebelling against what God has instituted, and those who do so will bring judgment on themselves. For rulers hold no terror for those who do right, but for those who do wrong. Do you want to be free from fear of the one in authority? Then do what is right and you will be commended. For the one in authority is God’s servant for your good. But if you do wrong, be afraid, for rulers do not bear the sword for no reason. They are God’s servants, agents of wrath to bring punishment on the wrongdoer. Therefore, it is necessary to submit to the authorities, not only because of possible punishment but also as a matter of conscience.”

2. It violates the principle behind Ephesians 5:18.

“Do not get drunk on wine, which leads to debauchery. Instead, be filled with the Spirit.”

3. It contradicts the “self-controlled” and “upright” lives that should set them apart from their peers.

“For the grace of God has appeared that offers salvation to all people. It teaches us to say ‘No’ to ungodliness and worldly passions, and to live self-controlled, upright and godly lives in this present age, while we wait for the blessed hope—the appearing of the glory of our great God and Savior, Jesus Christ, who gave himself for us to redeem us from all wickedness and to purify for himself a people that are his very own, eager to do what is good.” Titus 2:11-14

I love the way the King James Version puts verse 14, “Who gave himself for us, that he might redeem us from all iniquity, and purify unto himself a peculiar people, zealous of good works.”

We are called to be peculiar, different, even “weird” for the sake of Christ. This peculiarity flows from the choices that we make that swim against the tide of a compromised culture. These choices flow from a clear head and a pure heart which result in a peculiar (yet compelling) lifestyle.

Hopefully, these three Biblical truths will help you show your Christian teenagers that smoking marijuana should be avoided by them. But you want to do more than just “prove” it is wrong. You want to show them how to live in a victorious and kingdom advancing way surrounding this ever-growing issue.

Here are 4 ways to do that:

1. Teach them how to live under control of the Holy Spirit.

The key for teenagers to say “no” to drugs is showing them how to say “YES!” to the Spirit. Bill Bright, Founder of Campus Crusade for Christ (aka “CRU“) taught this using a concept called “Spiritual Breathing.” He wrote, “Spiritual breathing (exhaling the impure and inhaling the pure) is an exercise in faith that enables you to continue to experience God’s love and forgiveness. Exhale — confess your sin — agree with God concerning your sin and thank Him for His forgiveness of it, according to 1 John 1:9 and Hebrews 10:1-25. Confession involves repentance – a change in attitude and action. Inhale — surrender the control of your life to Christ, and appropriate (receive) the fullness of the Holy Spirit by faith. Trust that He now directs and empowers you; according to the command of Ephesians 5:18, and the promise of 1 John 5:14, 15.”

Instead of breathing in and out a controlled substance show your teenagers how to breath out sin through confession and breath in the power of the Spirit who dwells in them.

2. Share stories of those in Scripture who took courageous stands.

This year at our Dare 2 Share conferences we’re spending an entire session on Shadrach, Meschach and Abednego’s refusal to bow before the image Nebuchadnezzar set up (Daniel 3.) In spite of the “peer pressure” and threat of being thrown in a fiery furnace they just said no.

We must relentlessly re-tell this brand of story to our teenagers and challenge them to, like the heroes of old, stand when others bow.

3. Encourage them to be careful about who their best friends are.

Now I believe that Christian teenagers should have friends who are both Christian and non-Christian. But I’m also convinced that their best friends should have Jesus as their closest friend. Why? Because, according to 1 Corinthians 15:33, “Do not be misled: ‘Bad company corrupts good character.’”

I’ve seen and heard it again and again, when teenagers start hanging out with the wrong crowd a pungent cloud of smoke often follows. Encourage them to make sure their “besties” are passionate followers of the Lord Jesus Christ.

4. Equip them to use this issue to share their faith.

When teenagers are questioned or mocked or marginalized by the friends for not engaging in drug use they have an opportunity to share “the reason for the hope that is in them”…Jesus Christ. Teenagers who stand humbly but confidently on this issue have a great opportunity to share the gospel with their peers.

I challenge you as a youth leader NOT to take a defensive approach with this whole subject. Use the issue of marijuana as a way to engage conversations and introduce more and more teenagers to the only One who can change their lives on every level. Jesus is the One who can give them true joy, lasting hope and exhilaration beyond any chemical on this planet.