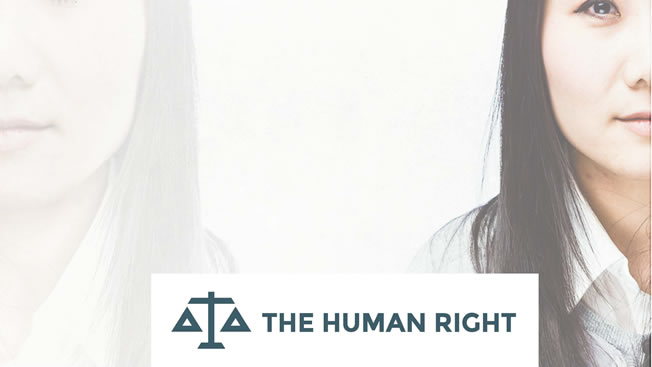 This week I went to Columbus, Ohio where I had the privilege of preaching to 9,000 Assembly of God teenagers gathered from all over the United States for their annual Fine Arts Festival. The crowd was fired up on opening night as I cracked open God’s Word and preached tothem about the urgency of evangelism.

The next night the leaders of the AG unleashed the best idea for a gospel-sharing campaign I have ever heard…#TheHumanRight. This concept was developed by the leaders of the Assemblies of God and designed to get Christians everywhere (especially teenagers) engaged in the greatest justice issue ever.

What is The Human Right? That every human has the right to hear the gospel!

Too many times evangelism is falsely perceived as an act of Christianized carnival barking that bellows, bullies and bullhorns unsuspecting sinners into saying a prayer, mumbling “Jesus is Lord” and getting their tickets punched to heaven.

But #TheHumanRight reframes evangelism as central to the whole issue of Jesus, justice and community transformation. It makes gospel conversations a humanitarian issue and not just a salvific one for tract-wielding, wild-eyed evangelists (like me!)

Jesus understood the power of the gospel to transform, not just a soul, but a society. When he reached Zachaeus with the message of salvation in Luke 19:1-10 the first thing this newly regenerated tax collector did was to pledge half his possessions to the poor and fourfold fix any injustices he had committed.

Jesus healed the sick in body and the sick in soul. The early church tackled poverty head on as they shared the good news with everyone (Galatians 2:8-10.) Throughout history the greatest advancements in social justice have resulted from the greatest advancements of the gospel. Out of regenerated hearts flows courageous compassion and care for the bad, the broken and the bullied. The roots of groups like The Salvation Army, The YMCA, and countless hospitals across the world show this to be true (why do you think so many hospitals are named after saints?)

The Holy Spirit uses the gospel to trigger soul transformation (2 Thessalonians 2:13,14) which in turn can trigger community transformation.

My upbringing proved this to me more than anything.

It was the gospel that rescued my soul from spiritual and emotional poverty when I was a child.

It was the gospel that transformed my family from thugs and criminals to agents of change.

It was the gospel that plucked my brother and I from fatherlessness and introduced us to a new Daddy who would never leave us or forsake us.

Oftentimes those who claim to be experts at fixing social injustice and solving the blight of poverty have never been poor themselves. So their theories of what the poor need are often naïve and misguided.

Now don’t get me wrong. I am convinced we need to feed the poor, restore broken communities and stop systemic injustice in its tracks. But the starting point for this transformation is an encounter with Jesus. Because only he can fix the biggest injustice of all…someone, anyone, not hearing the gospel and having an opportunity to put their faith in Jesus.

That day I felt like the richest kid in the city.

That day I was the richest kid in the city.

That’s what the gospel does, it enriches the poor with true and lasting hope, then the community of Christ can joyfully provide the rest.

Join #TheHumanRight and let’s get the hope of Jesus to everyone.