How teen vaping, alcohol use, and drug abuse get crushed by the cross 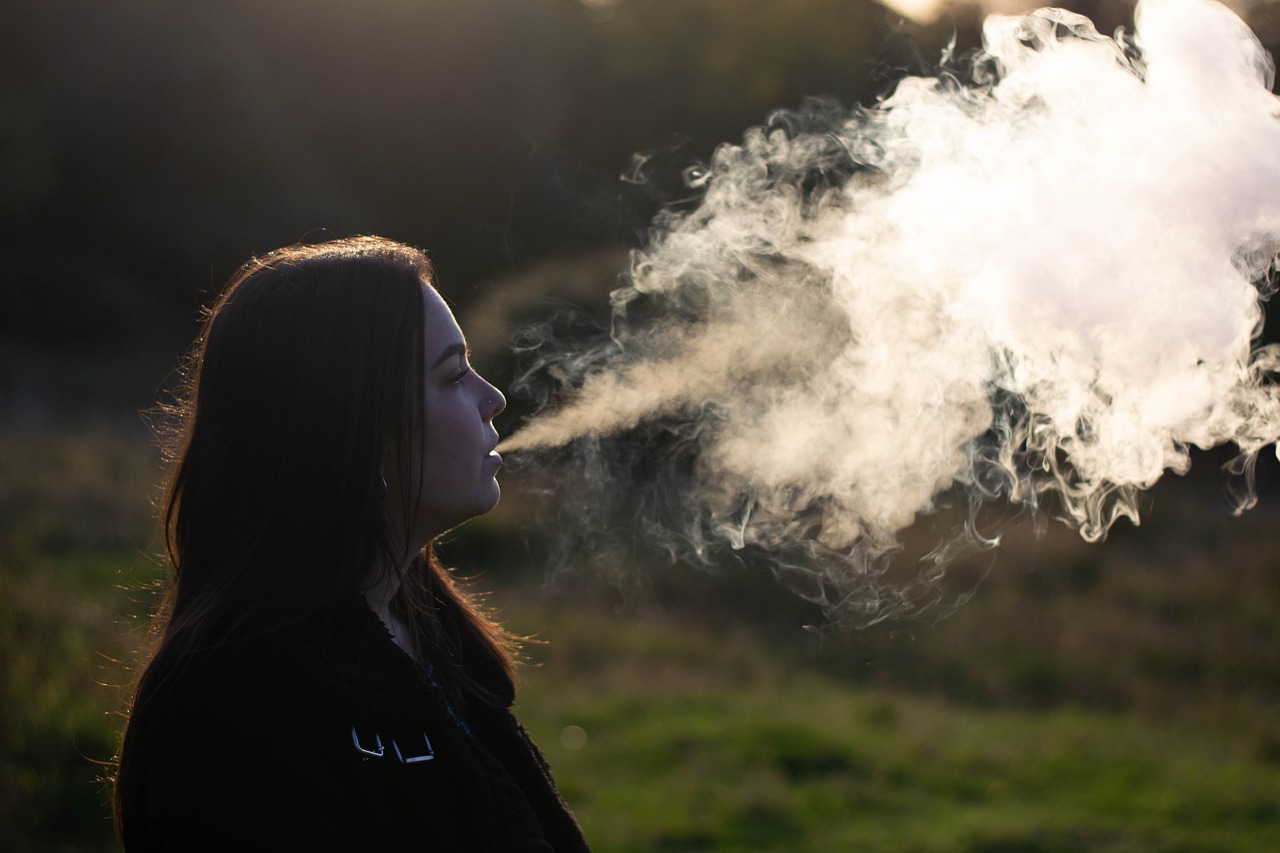 Four years ago my son, Jeremy, woke me up in the middle of the night. He said, “Dad, I need to tell you something. Last school year I was vaping, and for a few months, I was going out drinking and getting drunk. There were also a few times I bought marijuana and got high. I haven’t done any of it for months, but I just had to come clean to you.”

Talk about a wake-up call—on so many levels.

I was shocked. My son had a solid Christian upbringing (not perfect, but solid). From the time he was little, he’d been to countless events with Dare 2 Share, the ministry I founded 30 years ago. Jeremy had attended a good Christian school from the time he was in kindergarten, and as far as I knew, he was seeking to honor God with his life.

But during his freshman year of high school, he had a whole array of secret sins that none of us knew about. And he was keeping those sins hidden away in the basement of our house, where his room was.

After he woke me up from a dead sleep and dropped the bomb on me, I asked him, “Jeremy, why are you telling me this now?” He just said, “Dad, I can’t take it anymore. I’m tired of hiding it. I’m tired of thinking about it. I can’t sleep at night, and I keep thinking about it during the day. It’s too much to take. I felt like I had to confess it to you.”

Jeremy came clean. I was glad for that. He hadn’t been caught. Nobody had turned him in. But the Holy Spirit allowed him to be so convicted by his sins that he confessed them me.

I said, “Well, Jeremy, there will be consequences for your actions—big ones. And the consequence starts right now. We need to wake up your mom and tell her.”

At the time, my wife, Debbie, was a full-time public school teacher. Many nights during the school year, she would fall asleep in front of the fireplace downstairs while grading papers. This was one of those nights.

Jeremy and I went downstairs and nudged her awake. Once she yawned and stretched, she looked at us and asked, “What’s going on?”

He broke the news to her.

Suffice it to say, that was a long night. My wife couldn’t have imagined her son would do something like this, right in our own house. And, to be honest, neither could I.

After all, I came from the streets. In my book Unlikely Fighter, I chronicle much of my rough, urban upbringing. In short, I did not live a sheltered life. I knew the temptations that were out there and how crafty sin-intent teens (and adults) could be. I was surprised that my own church-going, suburban son could pull a fast one on me, right under my nose, for so many months.

You need to also understand that I’m a consequence guy. From the time our kids were little, we always sought to give an immediate consequence to any act of disobedience. When I counted, “1…2…3…4” as a parent, it wasn’t an idle threat. It represented the number of spankings my son or daughter would receive when they got home.

Jeremy knew this. He knew the consequences for this caliber of disobedience would be huge.

Jeremy was really nervous that we were going to tell the administrators of the Christian school he attended, and that, as a result, he would be expelled. And his fear was not unfounded. I was really leaning toward telling the school—and Jeremy knew it.

Again and again during this dark night of the soul, Jeremy begged his mother and me to tell him what the consequences were going to be, but I told him we needed a few weeks to pray and think about what to do.

We did. But, to be honest, I knew that waiting would be a consequence of sorts for him. I wanted to make him sweat it out a bit.

So, before finally getting to bed in those early-morning hours, we set the date for two weeks later. We told him he would have to wait until then to hear the consequences.

The wait unnerved and frustrated him. Every few days, he would try to get a hint of what the consequences were going to be, but I just kept reminding him: “We’re still praying through it. You’ll have to wait.”

It was during this time period that I began to wonder where he got the money for alcohol, marijuana, and vaping during those months of rampant sin. He didn’t have a job, nor did he have much of an allowance. But, whenever he needed money for food, he’d call me and ask me to transfer some. Ten bucks here, twenty bucks there adds up over time.

After checking out my bank statements from the previous school year, I noticed a whole bunch of transfers from my account to his in these smaller amounts. So I asked him, “Jeremy, when I transferred money last school year, were you buying food or alcohol, marijuana, and vape stuff?” He hung his head and told me the truth. Most of the money I’d transferred into his account ($500 over a five-month period) was for his fleshly appetites, not his hunger pangs.

This realization wasn’t helping Jeremy’s cause. His fear of the potential consequences was growing by the day. The one thing Jeremy had going for him was that he’d come to us and confessed without being caught by someone else.

The big “reveal” night finally came. All that day, Jeremy had been twitchy—nervous about what the consequences might be.

Finally that evening, we all sat down at the kitchen table. I handed him a piece of paper. On that paper, I’d listed all the sins he’d committed:

I’d also listed potential consequences: turning him into the Christian school, grounding him for the rest of the year, having him pay back every last dime, taking away his phone for good, and the like.

The list of infractions and potential consequences was long. The white piece of 8.5-x-11 paper was chock-full of agreed-upon transgressions, infractions, and painful consequences.

After he scanned the paper briefly, I asked him: “Jeremy, how do you respond to all of this?”

He just said: “Dad, Mom, I’m guilty. I deserve whatever you give me. Please just tell me what the consequences are.”

I said, “OK. Your mom and I have been praying about this, and the Lord gave us an answer. Here’s your consequence…”

Then I took out a giant marker and wrote one word in big letters across that piece of paper.

That word was “TETELESTAI.”

“What does that word mean?” Jeremy asked.

“It’s the word Jesus said on the cross right before He died. It’s the Greek word for ‘it is finished!’ It means ‘paid in full.’”

He interrupted me and said, “Dad, I know Jesus forgives me, but what are my consequences from you and Mom?”

Jeremy was stunned. He couldn’t believe it.

Then I leaned in and said these words with a sly smile on my face: “But unlike with Jesus, this is one-time deal.”

Jeremy was in shock—the good kind of shock. He couldn’t believe he was completely forgiven.

The next morning I got up and found a pile of ashes in a cup of water on the kitchen table.

“Jeremy what’s this?” I asked.

He said, “Last night, I went out in the middle of the night and burned that piece of paper.”

“Why in the world would you do that? Why didn’t you frame it or something?” I asked.

I’ll never forget his wise-beyond-his-years answer: “Why would I frame a piece of paper that represented my sins? My sins have been paid for by Jesus and they’re gone, burnt to pieces.”

Then I asked him why he put the ashes in the cup of water. “Is it because in Micah 7:19 God says He’ll cast our sins into the deepest ocean?”

He said, “No, Dad, I was afraid I’d accidentally burn the house down.”

Since that time, Jeremy has been on an upward trajectory in his walk with Christ. He has sought to live a life that pleases God. He’s attending a Bible school right now, preparing to go into full-time ministry.

The Gospel changes everything. It did for my son. It does for me.

It will change everything for you too, if you let it.

“He forgave us all our sins, having canceled the charge of our legal indebtedness, which stood against us and condemned us; He has taken it away, nailing it to the cross.” Colossians 2:13b-14