Dear Youth Leader, it is time to turn the tide 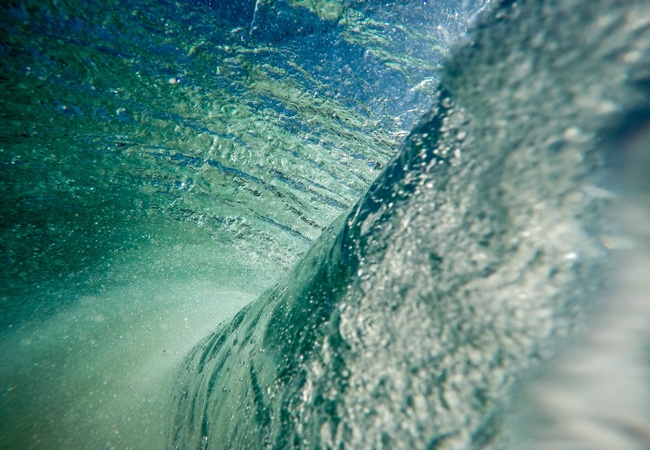 The other night I fast-forwarded through the MTV Video music awards (with heart-breaking, jaw-dropping stops along the way) and I was deeply saddened. Of course much of this sadness erupted from Miley Cyrus’ relentless and unblushing promotion of drugs, immodesty, sex, transgendering, transvestites and transgression.

All this broke my heart. It broke my heart to see Miley, this once wholesome and claim-to-be-Christian Disney star, turn into the ringleader of a cultural celebration of hedonism. It saddened me to think that all of this programming was programming the hearts, souls and minds of our young people. Yes, even many of the ones in our own youth groups. But I was also saddened by something else as I watched the MTV mayhem unfolding on the screen.

I was saddened by the state of much (not all) of youth ministry.

Our current approach to youth ministry is falling grossly short of turning the tide of godlessness that is spreading across our country like a tsunami of sin. Pizza parties, relational youth ministry strategies and well-intentioned, but mostly-theologically superficial curriculum, are not enough to stop this giant wave. It’s just a matter of time before this massive body of godlessness will sweep many, if not most, of our teenagers away to drown in the churning waters of sin.

You have probably felt the riptide of this terrible power as it dragged your teenagers into the deep. Whether it happens before or after high school, far too many of our young people forsake the kingdom of light for the kingdom of darkness. Like Demas in 2 Timothy 4:10 who forsook God’s work “because he loved this present world”, many of our teenagers are abandoning the church for the world.

What saddens me most is that the solutions are within our grasp. It’s not complicated. But it will take hard and focused work to turn the tide.

Not to sound trite or superficial, but we need to get our teenagers back to Jesus and our youth ministries back on mission. We need to return to a radical “new” paradigm that’s actually 2,000 years old. We need to Gospelize our teenagers, our leadership teams and our own lives.

The only way to fight a tsunami is with an even bigger one coming from the other direction. And that’s exactly what we see happening in the book of Acts. Hate was countered with love. Lies were neutralized by truth. Bad news was wiped out by the Good News of Jesus Christ.

The depth of depravity in the Roman Empire had hit epic proportions over those first several decades of the early church. To this day archaeological digs turn up pornographic paintings reflecting the mass depravity of that culture. Incest was normalized. Sex with under-aged boys and girls was common. And murdering Christians in the most gruesome ways imaginable in the Roman Coliseum was the modern equivalent of cable television. This is stuff that may have even made Miley Cyrus blush (maybe.)

But the power of the Holy Spirit unleashed at Pentecost triggered an even bigger wave of Gospel advancement and discipleship multiplication. It spread from Jerusalem to Samaria to Rome in less than three decades. In the process, the wave of transformation got bigger and stronger. Three centuries later the Roman Empire was considered by many to be a Christian empire.

The bigger tsunami was fueled by the Holy Spirit and drove the unstoppable message of Jesus Christ forward. As a result it overwhelmed the tsunami of sin.

I am convinced the same thing can happen today. The brokenness and temptations our teenagers are facing can be turned back by an even bigger wave of truth, hope and mission. How? The answer to that is way too much for a blog. But this is exactly what we are going to be unpacking for a full day with youth leaders and their adult volunteers at our Dare 2 Share One Day trainings.

That’s why you need to be there.

If you want to be a part of the solution, if you want to see your teenagers and youth ministry fully gospelized, if you’re tired of watching your teenagers get swept away by the world, then now is the time to attend this one-of-a-kind leadership training event.

In this workshop setting you and your adult leadership team will be motivated, equipped and armed with a personalized plan to unleash the wave of God’s truth in your own community. During this six hour block we will unpack timeless values from the book of Acts in practical and powerful ways.  These values could (and I believe will) revolutionize the way you do and view youth ministry forever.

But this will not be any mere meeting where you sit and soak up the sessions, carrying a tidbit or two of truth back home with you. Instead, you and your team are going to have ample time to brainstorm how to apply them into your specific ministry context. It will be highly-interactive and super-practical. You and your team will leave with both a passion and a plan to turn the tide in the lives of your teenagers.

But first you have to get there.

Over the next several months we will be doing nine of these Dare 2 Share One Days. They are held on a Saturdays (9:30-3:30) so you can bring your entire team. We will be in Nebraska, Illinois (in two cities), Missouri, Colorado, DC, California, Oklahoma and Ohio. It’s a low-priced but highly effective way to get the inspiration, training and time you and your team need to build a Gospel Advancing youth ministry philosophy into your current model.

If you’re tired of the typical and are ready for the transformational then join us at the Dare 2 Share One Day trainings. If you want to see a tsunami of hope overwhelm the sinfulness and godlessness of the next generation then do what it takes (planes, trains or automobiles) to get there.

And bring your team with you.

It’s time to turn back the tide.

Looking forward to see you all there!